Cricket is one of the most popular sports in the world, and cricketers have become some of the top celebrities who enjoy a major fan following, also many of these top crickets have there own charm and personality with which they carry themselves, which makes them extremely attractive, some might even say that cricketers are among the best looking men in the world, so we have done some research and made a list of the Top 10 Most Handsome Cricketers In The World that you can crush on 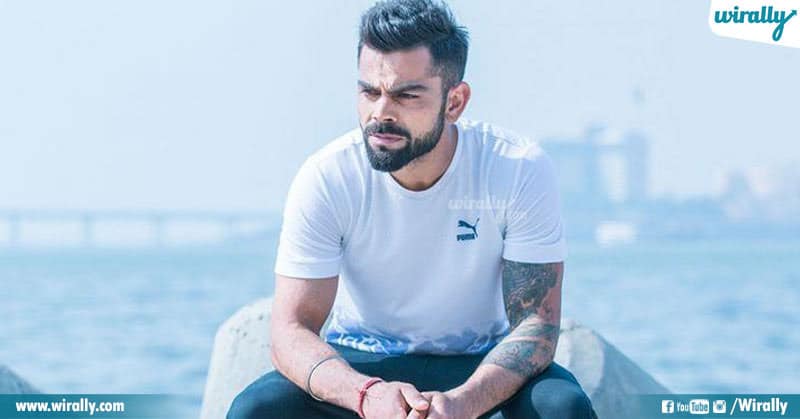 The captain of the Indian Cricket team is also the most handsome cricketer in the world, Kohli made his international debut in 2008 against Sri Lanka and has since become a run-scoring machine, he Is widely regarded as one of the greats of the cricket, and with several records to his name, we don’t think anybody can disagree with it, he has been the top-ranked ODI batsman in the world and is currently 1st in Test rankings with 928 points Among Indian batsmen, Kohli has the best Test rating (937 points), ODI rating (911 points) and T20I rating (897 points). He is known for his aggressive personality on the field, which makes him extremely charming, and hairstyles are replicated all over the world. 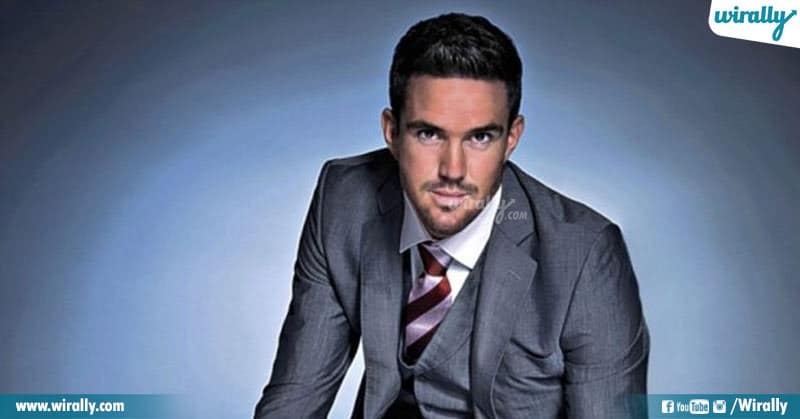 Kevin Peterson is a former cricketer who played for England between 2004 and 2014, He made his international debut in the One Day International match against Zimbabwe in 2004 and his Test match debut in the 2005 Ashes series against Australia. Pietersen is one of the best Englis cricketers of all time, he was the fastest batsman to reach 1,000 ODI runs and still holds the record for being the fastest player to cross 2,000 runs in One Day International cricket, He became only the third English batsman to top the ICC One Day International rankings, In 2008 The Times called him “the most complete batsman in cricket” and The Guardian called him “England’s greatest modern batsman”. He was also included in the country’s greatest Test XI by the ECB. He is also one of the hottest cricketers the world has seen, fans go crazy over his good looks, build, and style. 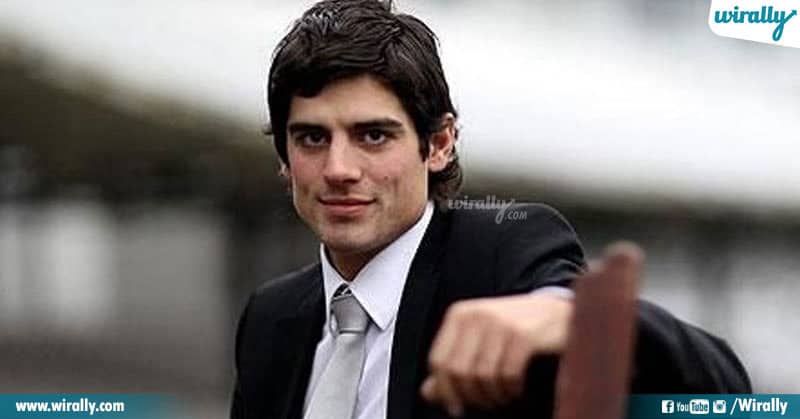 The former English cricketer has been stealing the hearts of many fans due to his amazing batting skills and killer looks, Cook has represented England in all international formats, and is a former captain of the England Test and One-Day International (ODI) teams, he holds several English and international records. He is one of the most prolific batsmen of the modern era and is the fifth-highest Test run-scorer of all time. He is also England’s most capped player and is the youngest player to complete 12,000 test runs. His stunning eyes and dashing looks have made extremely popular among the ladies. 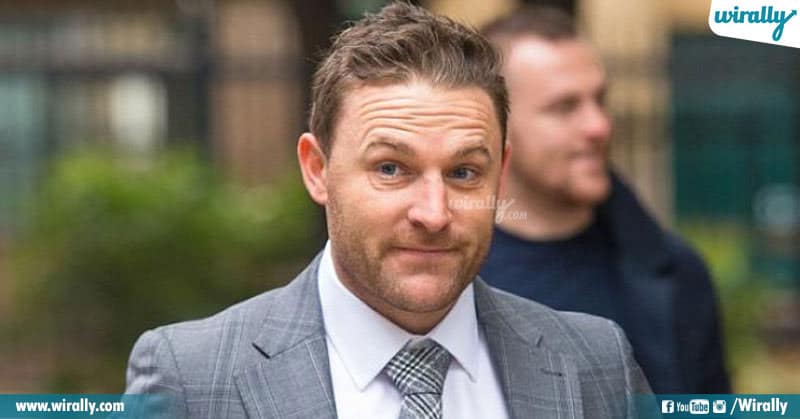 One of the most successful batsmen of the New Zealand Cricket, Brendon McCullum is coach, commentator and former cricketer, who played all formats of the game, and also a former captain in all forms. He became the first New Zealander to score 1000 test runs in a calendar year and has scored the fastest ever Test century, in 54 balls. McCullum is known for his explosive batting style and is regarded as a T20 specialist, the New Zealand superstar also has a well-built body, covered with stylish tattoos, making him one of the hottest cricketers in the world, if that was not enough his beautiful eyes and funky hairstyle make him look even hotter. 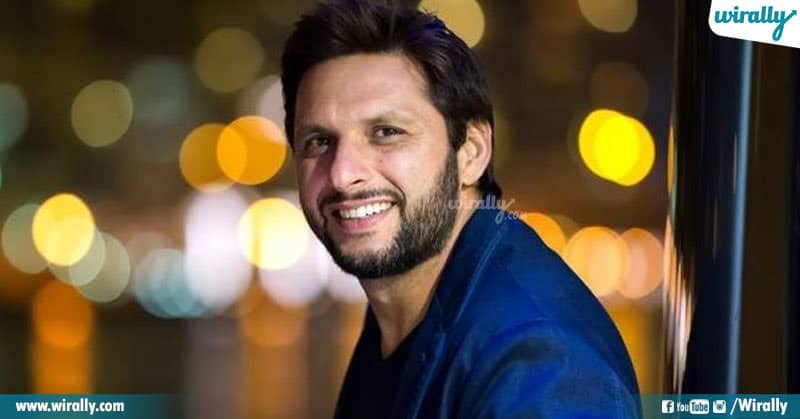 Shahid Afridi is a Pakistani international cricketer and the former captain of the Pakistan national cricket team. Afridi is regarded as one of the best all-rounders to ever grace the pitch, he is known for his explosive batting style, which has struck fear In the hearts of many bowlers, Afridi is also well respected for his consistent bowling that relied on a change of pace rather than spin, Afridi was the world record holder for the fastest ODI century in 37 balls and he has hit the most sixes in the history of ODI cricket. Afridi has taken over 350 wickets in ODI and 48 Test wickets. As of January 2020, Afridi is 2nd on the chart of most T20I wickets. Afridi is also one of the most stylish cricketers, and was rightly given the title ‘King Of hearts’, fans go crazy over his adorable smile, and he certainly deserves a spot in Most Handsome Cricketers in the World. 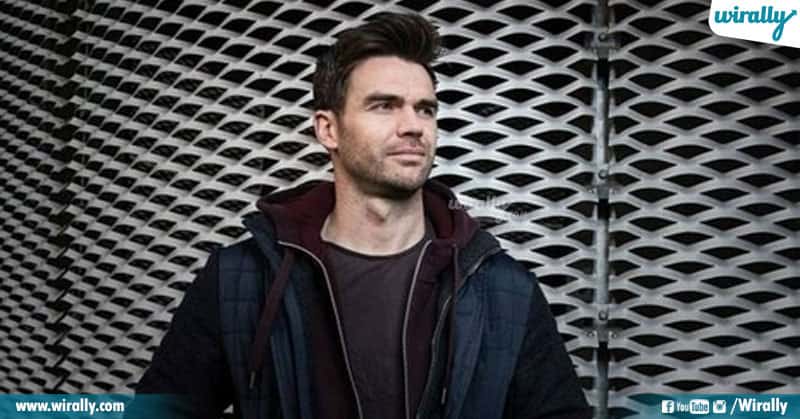 The all-time leading wicket-taker of England is also one of the most handsome cricketers in the world, Anderson made his international debut at the age of just 20, on England’s 2002/03 tour of Australia. holds the record of most wickets for England in both Test and One-Day International (ODI) cricket. He is the only English bowler to pass 500 wickets, He is the also the first English bowler to reach 400 and 500 wickets in Test matches, he is the 4th highest Test wicket-taker of all time, and is the leading wicket-taker among fast bowlers. As of January 2019, he is ranked No.2 in the ICC Test Bowling Rankings. Anderson is also a chick magnet and enjoys a wide following from his fans, ladies go gaga over his sexy hairstyles and mesmerizing eyes. 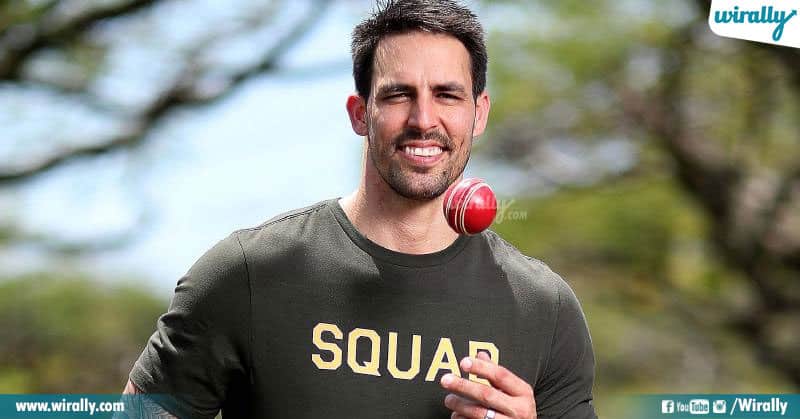 Mitchell Johnson is a left-arm fast bowler who has represented Australia in all formats of the game, He made his international debut in a Test match in November 2007, since his debut, he has become one of the best fast bowlers that Australian cricket has seen, he was awarded the ICC Cricketer of the Year in 2009, he is the fifth-highest wicket-taker in Test matches for Australia with 313 wickets, and is the third-highest wicket-taker among left-arm fast bowlers in Tests, Johnson also has the best bowling figures for a left-arm fast bowler in a single Test inning – 8/61 vs South Africa. Johnson is extremely fashionable and his tattooed arms make him look incredibly hot, and with the help of adorable smile, he has stolen the hearts of many. 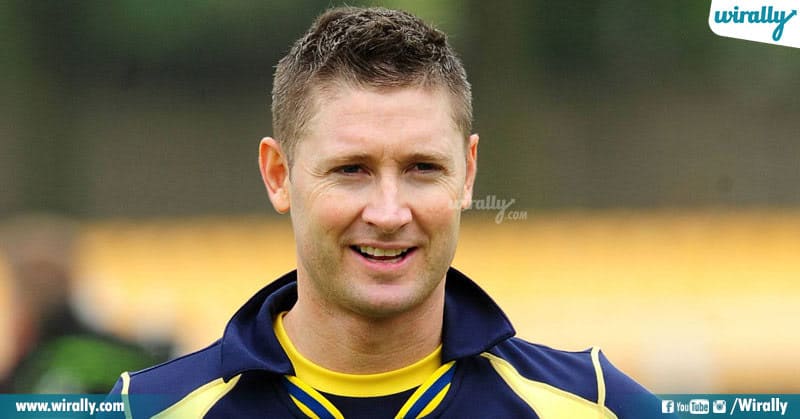 Often regarded as one of the best batsmen of his generation, Michael Clark is a former captain of the Australian Cricket Team, he led them to their 5th Cricket World Cup triumph, when they were victorious in the final of the ICC Cricket World Cup 2015 at the MCG VS New Zealand. He is widely regarded as one of the most charismatic cricketers, and is known for his leading abilities, Clark also enjoys huge popularity and is considered extremely attractive, giving him the number 8th spot on our list. 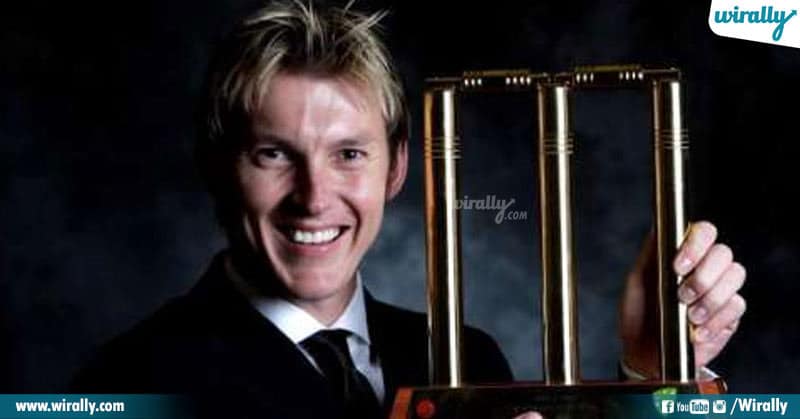 Arguably the best fast bowler in the world, Bret Lee is a former cricketer, who has represented Australia in all formats of the game, Lee is also recognized as one of the fastest bowlers with his fastest delivery being 161.1 km/h. Lee finished his Test career with 310 wickets, and his One Day International career with 380 wickets. Apart from bowling, he is an athletic fielder and a great lower-order batsman, Lee is the second-fastest Australian ODI player to take 100 wickets, and is the first player in Twenty20 International cricket to take a hat-trick. Away from cricket, Bret Lee is also one of the hottest cricketers and his killer looks even landed him a role in acting, he starred in the Indo-Australian film UnIndian opposite Tannishtha Chatterjee. 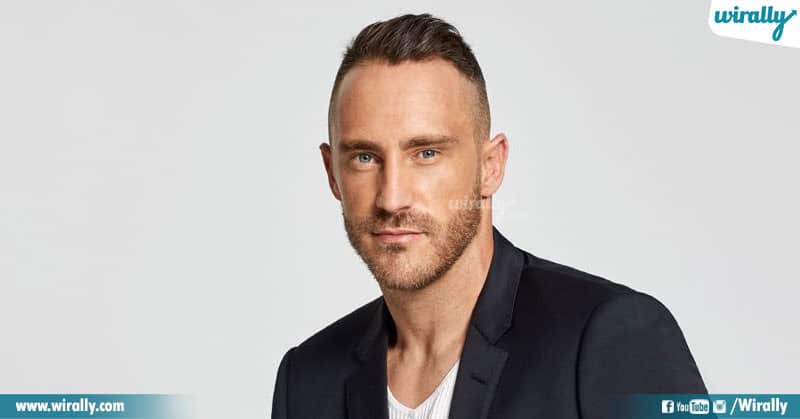 The former captain of South Africa gets the 10th spot on our list of the Top 10 Most Hansome Cricketers In The World, Faf made his Test debut in November 2012 and became the fourth South African to score a Test century on debut. Du Plessis took time captaincy in all formats of the game in August 2017 after teammate and former captain AB de Villiers relinquished, he is one of the most successful batsmen of South Africa and is popularly known for his consistency and captaincy. Faf is also extremely good looking and certainly one of the most handsome cricketers in the world.

AR Rahman, The God Of Music: His Journey & What Music...

AR Rahman, The God Of Music: His Journey & What Music...