Agriculture was the main source of income in India, but it has since fallen to 17% of the country’s GDP, but one of the main reasons for this is due to the growth in IT sector, India has one of the fastest-growing service sectors in the world, and has become a major exporter of IT services, it was estimated that it generated $154 billion revenue in FY 2017.

Despite this, agriculture still is one of the main sources of Income in India; India’s agriculture includes a variety of crops, with the foremost food staples being rice and wheat. Agriculture in India employs 60 per cent of the labour force, India ranks first in the world with highest net cropped area followed by US and China.

In 2013, India exported agriculture products worth $38 billion, making it the seventh-largest agricultural exporter worldwide and the sixth largest net exporter. Most of its agricultural exports are to developing nations. India exports agriculture products to more than 120 countries, primarily to Japan, Southeast Asia, SAARC countries, the European Union and the United States, and is the world’s second-largest producer as wheat, rice, and sugarcane. 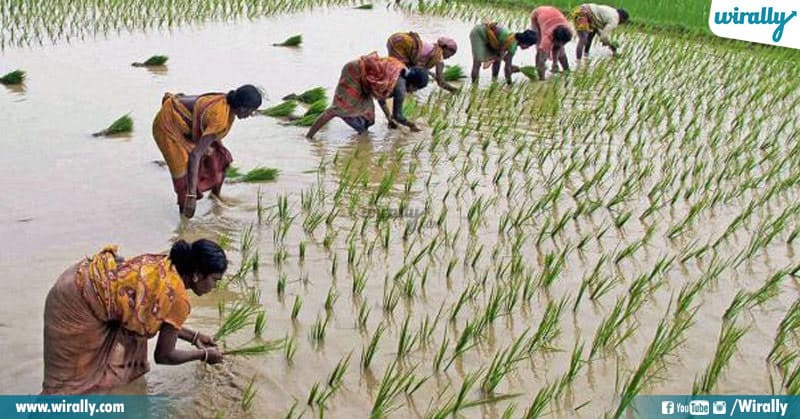 India is one of the world’s largest producers of rice and brown rice, it also has the largest area under rice cultivation, as it is one of the principal food crops. It is, in fact, the dominant crop of the country, as rice is the basic food crop and being a tropical plant, it flourishes comfortably in Indian conditions as it requires hot and humid climate. Rice is mainly grown in rain-fed areas that receive heavy annual rainfall. West Bengal is the highest producer of rice in India, with a total rice production of 146.05 lakh tons and a yield of 2600 kilograms per hectare. 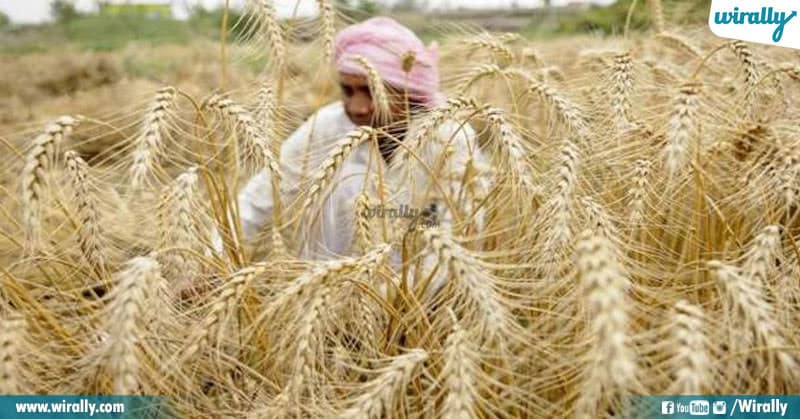 India is one of the leading producer and consumer of wheat in the world, it is mostly consumed in north and northwest parts of the country, the crop is also mostly grown in northern states, and Uttar Pradesh is the largest producer of wheat in India, it produces 22.5 million tons of wheat, this is because the conditions are ideal for growing wheat here, The wheat is grown in more than 96 lakh hectares of land in the state. 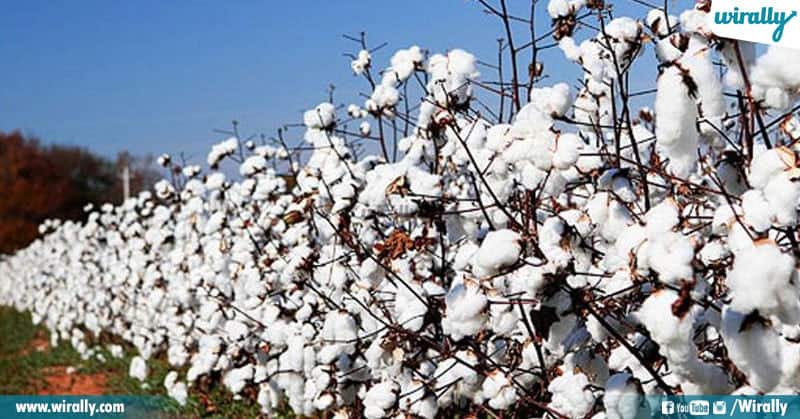 Cotton is an important fibre crop, as it serves as the raw material for the cotton textile industry; cotton is usually grown in tropical areas, as it requires high temperature to grow, and the area should receive an average annual rainfall of 50-100 cm. 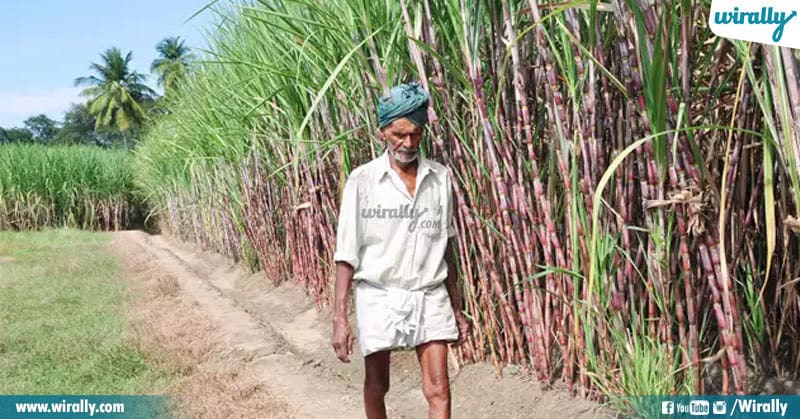 Sugarcane is the world’s largest crop when it comes to production. In 2015, around 1.88 billion tons of sugarcane were produced worldwide. India is one of the largest sugarcane producers in the world; Sugarcane is grown as a Kharif Crop in India.

The ideal conditions for sugarcane are hot and humid climate conditions, with an average temperature of 21°C to 27°C. And 75-150 cm of rainfall is required. Uttar Pradesh is the largest producer of sugarcane in India, as it produces an estimated 145.39 million tons of sugarcane, which is 41.28% of the all-India production. Sugarcane crop is sown in an area of 2.17 million hectares in the state. 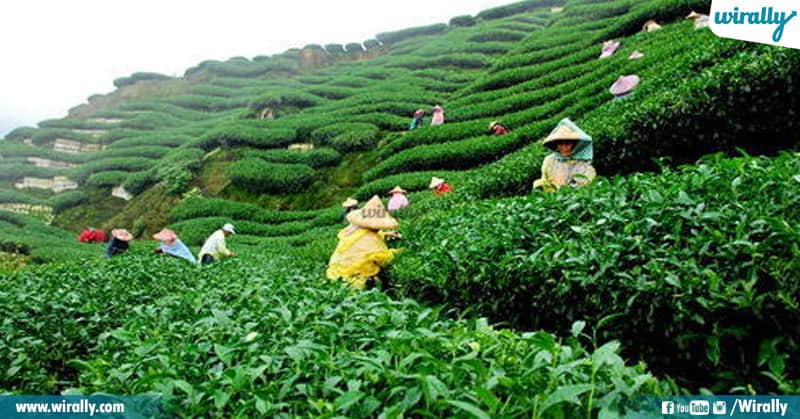 Tea is the most commonly consumed beverage in the world, after water, the tea plant is an evergreen plant, which is usually grown in tropical climates, Tea plant requires a moderately hot and humid climate, which is preferred for better yield, crop distribution, and quality. An ambient temperature within 13° to 28°C is required. 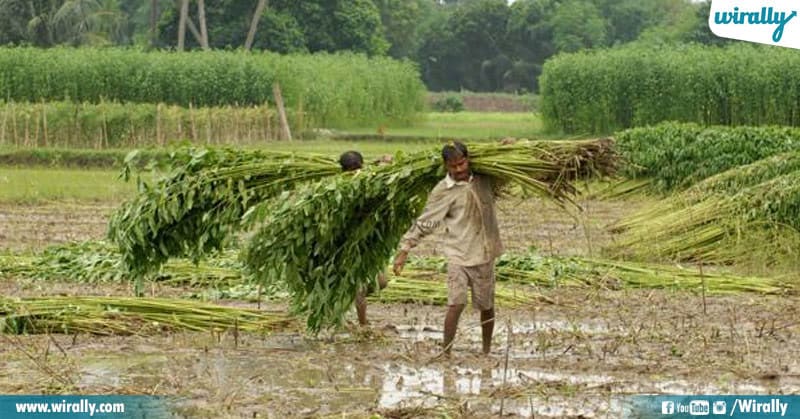 Jute is the second important fibre crop of India after cotton. This is because jute is highly versatile and because of its cheapness, softness, strength, length, luster, and uniformity of its fiber. It is used for manufacturing many products like gunny bags, ropes, strings, carpets, rugs, and clothes, to grow jute, you require a hot and humid climate.

In 2015 the state produced 8969 thousand bales of Jute, West Bengal produces more than 75% of the jute in the country. Jute is grown in major parts of lower Ganges plains, especially in the districts of Midnapur, Bardhman, 24 Paraganas, Malda, Murshidabad, etc. 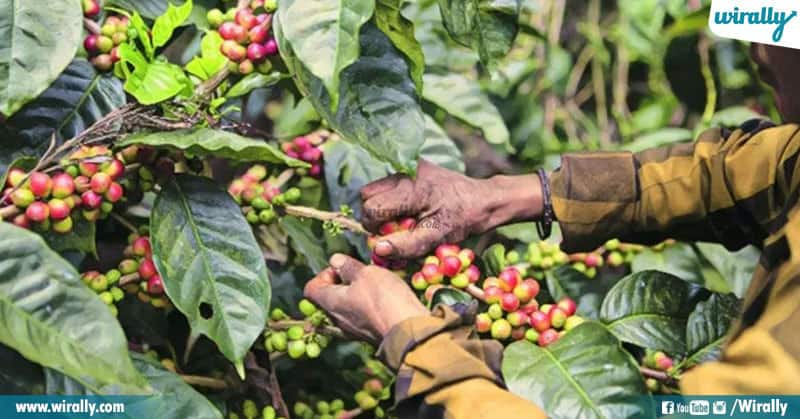 Indian coffee is said to be the finest coffee grown in the shade rather than direct sunlight anywhere in the world. There are about 250,000 coffee growers in the country; 98% of them are small growers. As of 2009, Indian coffee made up just 4.5% of the global production.

Almost 80% of Indian coffee is exported to Russia, Spain, the Netherlands, and France. Coffee requires high altitude, sloppy mountains, and adequate rainfall; these conditions are favourable for coffee plantation. Karnataka state is the largest producer of coffee in India, as it contributes 70% of the total production of coffee in India.