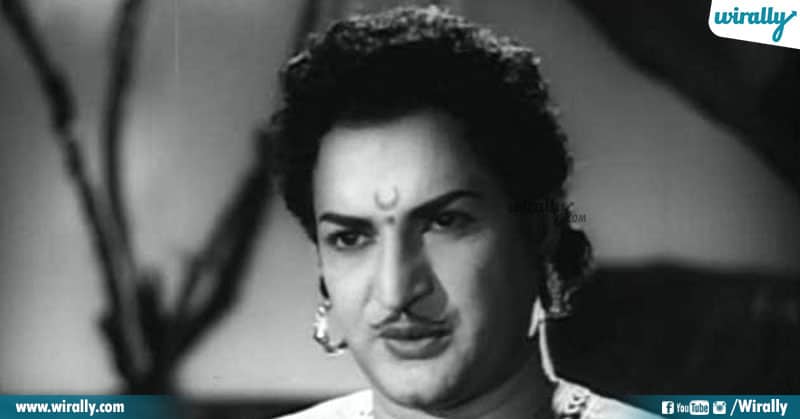 2) The movie’s filming was done in Madumalai forest. Adavi Ramudu was the first film for which NTR had given dates for more than a month (35 days) out of Madras. 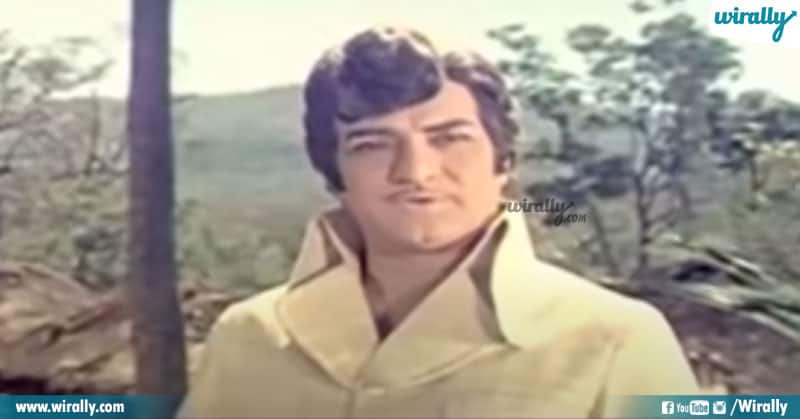 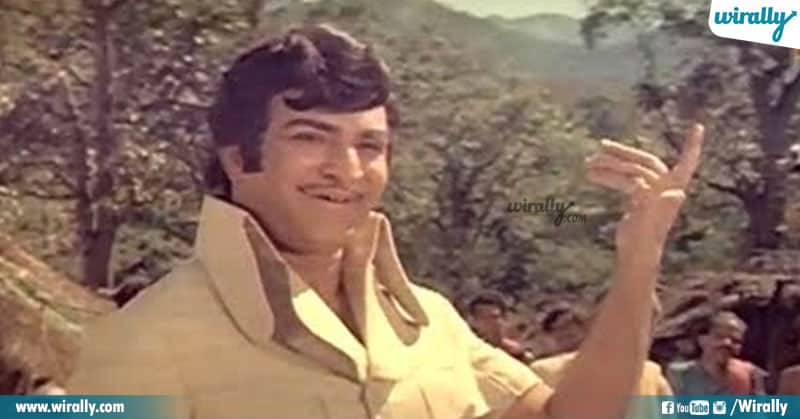 4) Adavi Ramudu was also the first film that used a Cinemascope lens imported from Japan by Prasad Labs (Madras). Earlier Cinemascope films Alluri Seetharamaraju and Kurukshetram were done with a lens brought from Mumbai. 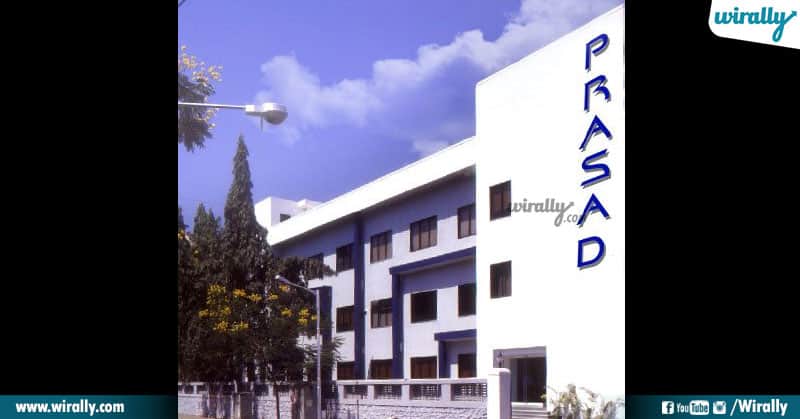 5) There were only three Government Guesthouses in Madumalai forest, and the producers could not accommodate the 300 plus cast and crew in that dense forest. So the producers took carpenters, molders, painters, etc. to the forest, worked for fifty days to build new guesthouses and took special permission for electricity in the middle of the forest. The nearest town or airport was 250 km away from the forest, and for every small thing, they had to go all the way to Mysore. 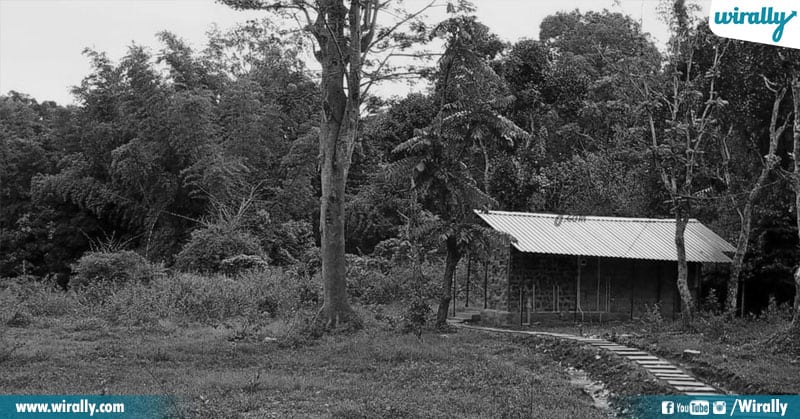 6) Jayasudha & Jayapradha had two accidents during Adavi Ramudu shooting: one was while doing a scene where Jayasudha and Jayaprada were sitting on elephants. Junior artistes were practicing a Dappu scene right then, and the elephants got panicked by the noise and threw down both the lead ladies with their trunks. Luckily, they escaped with minor injuries. Another one was a chase scene where Jayasudha and Jayaprada were chased by villains while they were trying to escape on a horse cart. The cart’s axle broke and both of them were injured and were forced to rest for a couple of days. 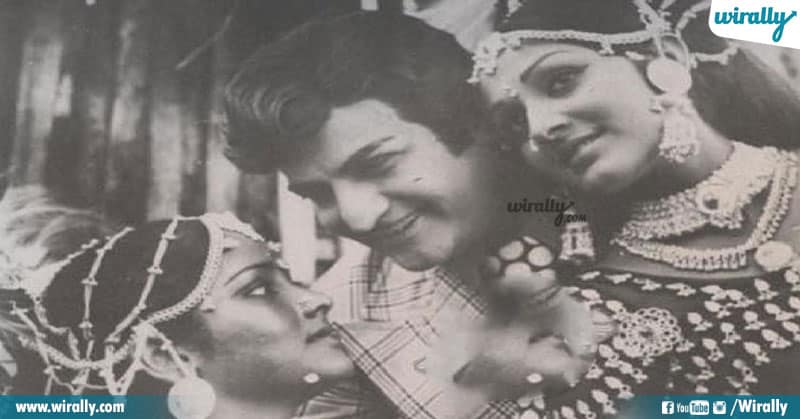 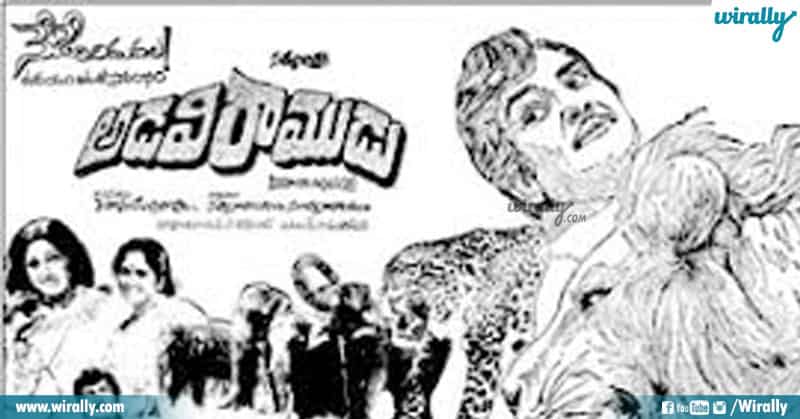 8) Adavi Ramudu collected ₹83 lakhs in its 50 days theatrical run and ₹1 crore within 67 days which was a then record later broken by NTR’s own Vetagaadu in 1979. 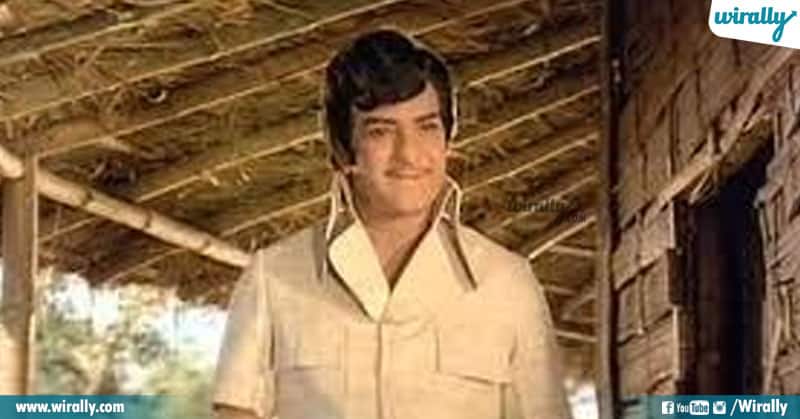 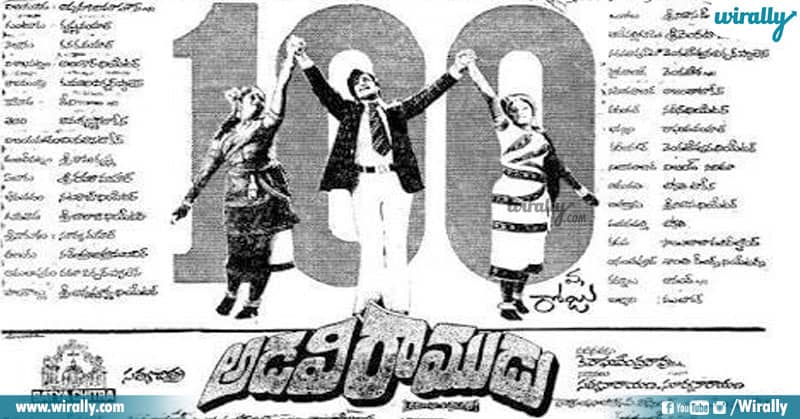 10) Adavi Ramudu is the first movie to complete direct 100 days run in 6 centers of Nizam and 5 centers in West Godavari territory. 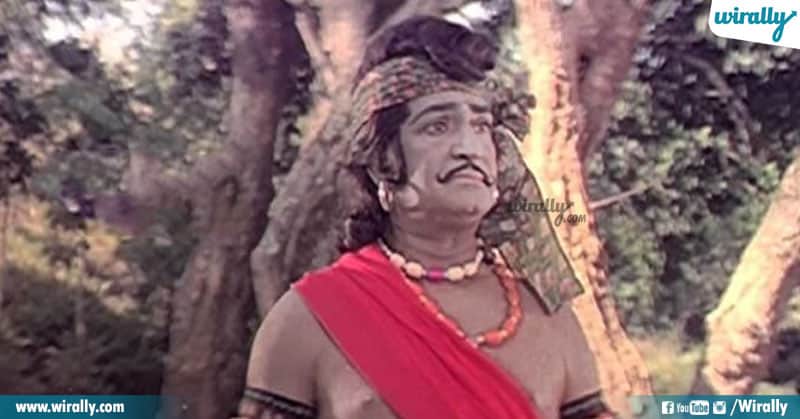 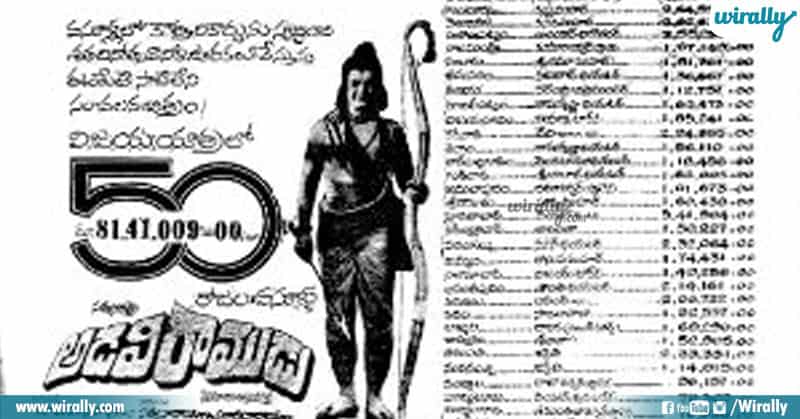 12) Adavi Ramudu created a sensational record at Kanaka Mahal, Nellore. At times when it was very difficult for movies to get 4 screenings a day from their second or third week’s run, Adavi Ramudu got 5 screenings every day till its 102 days run-(A record that existed till Nandamuri Natasimham Balakrishna surpassed its record with Seetharama kalyanam (1986) in two centers (Tirupathi and
Anantapur). More importantly, all 5 shows were full there for the first 35 days and from its 35th day to its 50th day, 4 shows were full with D.C.R. Between its 50th day and its 85th day, the matinee, first show and second shows were full. Thus, out of the 253 shows screened till its 85th day, 232 shows were full. 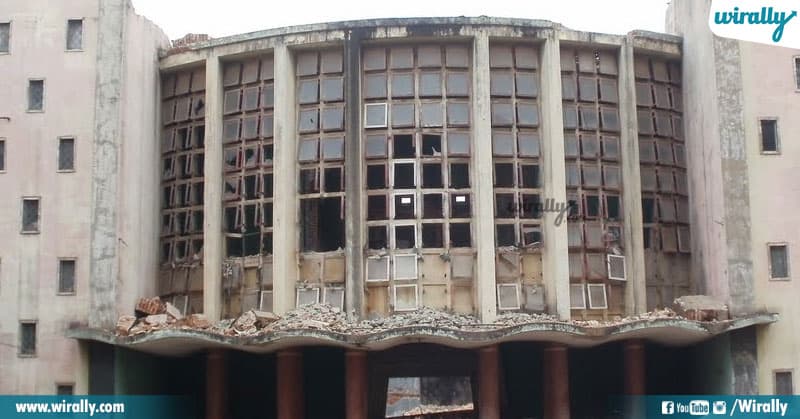 13) Adavi Ramudu is the first movie to complete 365 days run in 4 centers. 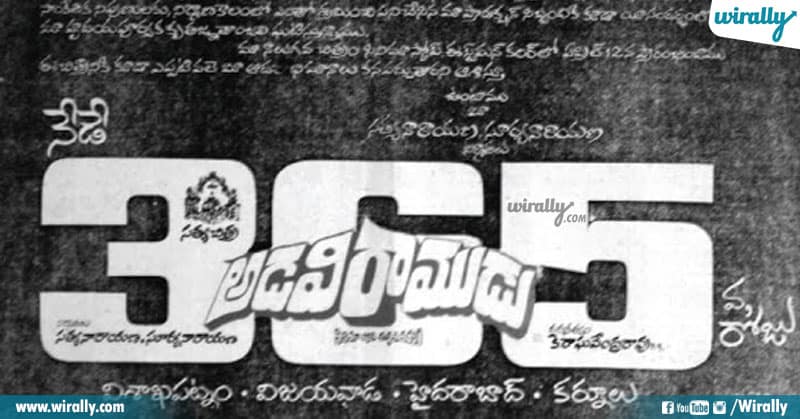 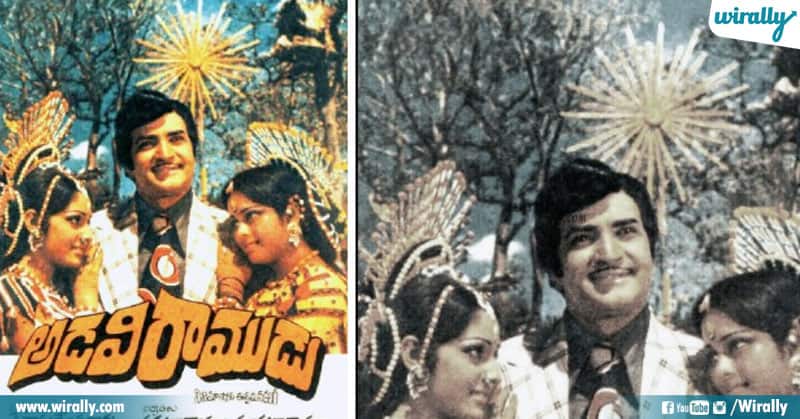 15) Adavi Ramudu was houseful for 47 days at Venkatesa 70mm, the then biggest theater in A.P. Its gross collection of 13,56,000 was twice the amount of the previous single theater record collection. 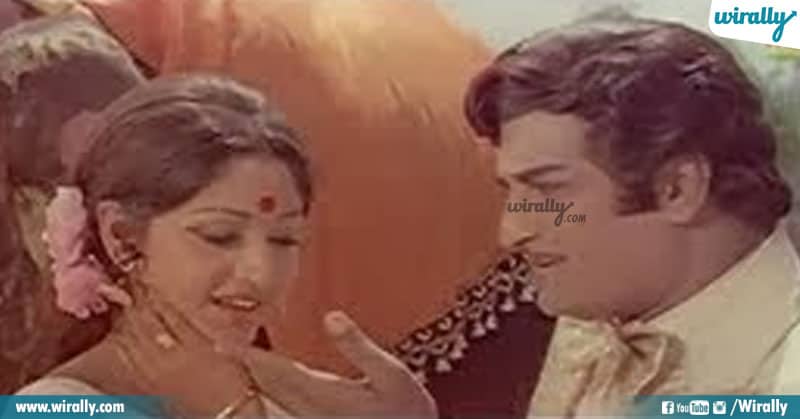 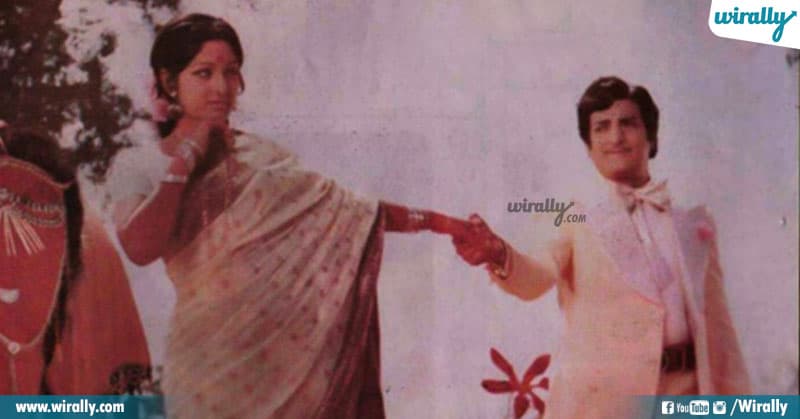