06 Best Animated Movies of All Time

The Animated film Industry has come a long way, from Disney’s rise in the 1920s to the Japanese style of animation that delivered much more complex and matured stories to the audience. The animated genre of films is one genre of films that everyone enjoys regardless of their age.

They are so full of life and charm and have a unique style about them. Over the years, we have seen some great animated movies, that have revolutionized the industry and pushed the technology forward.

These films excelled at storytelling and used animation as a tool to showcase things, that would be impossible to show in live-action films. No longer are animated films regarded as kids movies, they are so much more than that, they offer wonder narrative experience, that excel in storytelling, direction and voice acting.

These movies are right up there with the very best that the world of cinema has to offer. Which is why we have decided to scour through the thousands of animated movies, right from Disney Classics to Pixar blockbusters, and of course, the Japanese animation, and made a list of the Best Animated Movies of all time.

Best Animated Movies of All Time 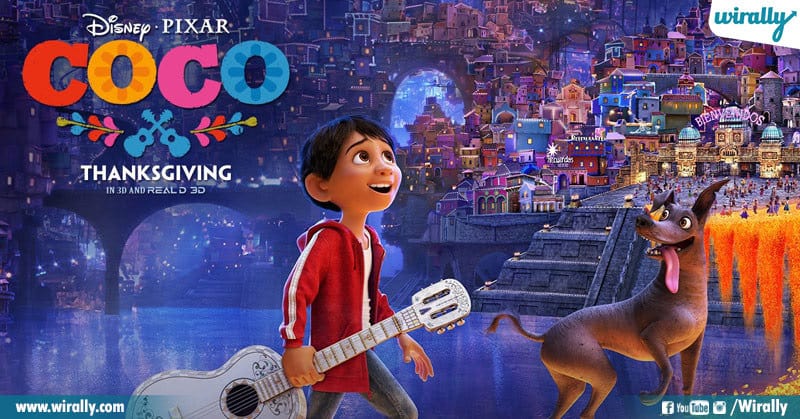 This Computer-animated fantasy film produced by Pixar Animation Studios tells the story of a 12-year-old boy named Miguel who is accidentally transported to the Land of the Dead. He must now seek the help of his deceased famous musician great-great-grandfather to return to his family and reverse his family’s ban on music. The great thing about Coco is that it is so full of life and charm, this film might be the most charismatic animated film of all time. The characters are extremely layered and well written, the story is fantastic, full of humorous and emotional moments. The film does a fantastic job in capturing the Mexican vibe and tradition, and last but not the least, the music and background score is just fantastic. You’ll find yourself humming and singing along to the tunes of the film, long after finish watching it. Pixar nailed it with this film, and it is easily one of the best-animated films of all time, and one you must watch. 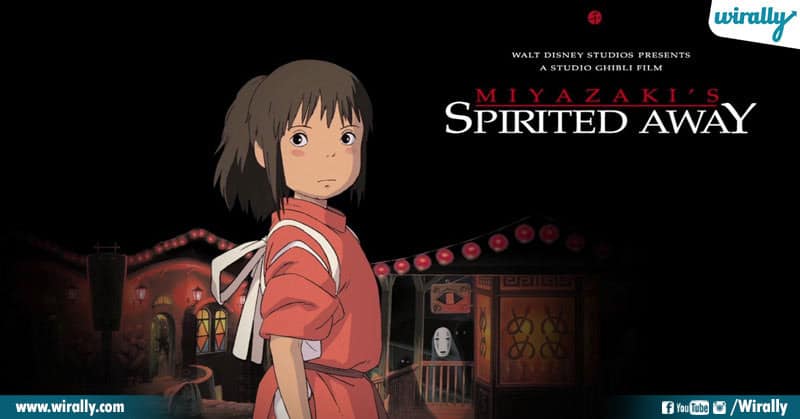 Often regarded as one of the best animated movies, Spirited Away is a Japanese animated fantasy film written and directed by Hayao Miyazaki and animated by Studio Ghibli, it follows the story of a 10-year-old girl, who while relocating into a new neighbourhood enters the world of the spirits, a witch named Yubaba turns her parents into pigs, and now it’s up to her to save her parents and return to the human world. The film has an original premise, never seen in films before, the film is strange, mythical and extremely appealing. Miyazaki is a master of storytelling and his talent is shown to its full extent, Spirited away is a great choice if you’re looking for a fantasy world to get lost in.

3. Spider-Man: Into the Spider-Verse 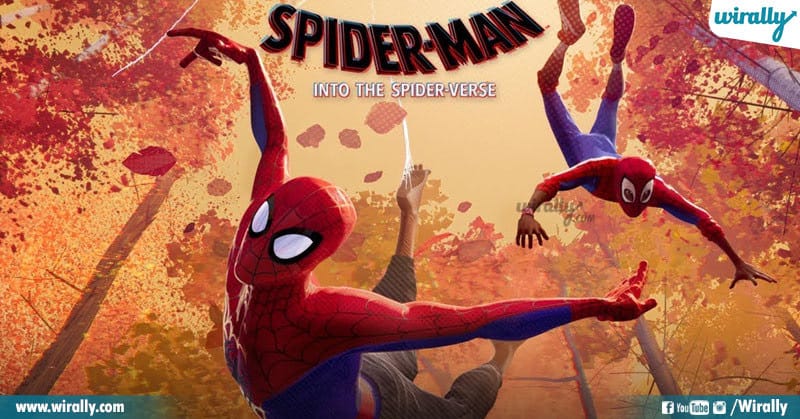 Spider-Man: Into The Spider-Verse is the first animated feature film in the Spider-Man franchise, produced by Columbia Pictures and Sony Pictures Animation in association with Marvel, the film is set in a multiverse called Spider-Verse, which has alternate universes, and tells the story of a young boy named Miles Morales, who teams up with other Spider-Men from various dimensions to stop Kingpin from destroying New York City. The film was released to critical acclaim, with many praising the quality of animation, story, humour and characters, made on a budget of 90 million dollars, the film went on to earn over 375 million dollars, making it highly successful.

4. Grave Of The Fireflies 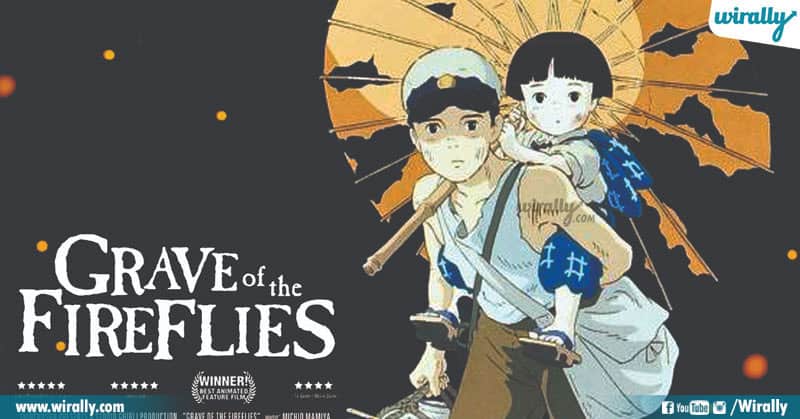 If you ever thought that Animated films are for children, then you should watch Grave of the Fireflies. This Japanese animated war film based on the 1967 semi-autobiographical short story of the same name by Akiyuki Nosaka is extremely dark and disturbing. The film tells a simple story of two siblings, and their desperate struggle to survive during the final months of the Second World War. Grave of the Firefly showcases the harsh reality of war, from the perspective of common people. How a family can be torn apart from war, and the struggles and hardships that these two kids go through is extremely heart wrenching and sad. Grave of the Fireflies is unlike most other animated films, that have a happy go ending, it’s a movie about war and consequences of war.

5. How To Train Your Dragon 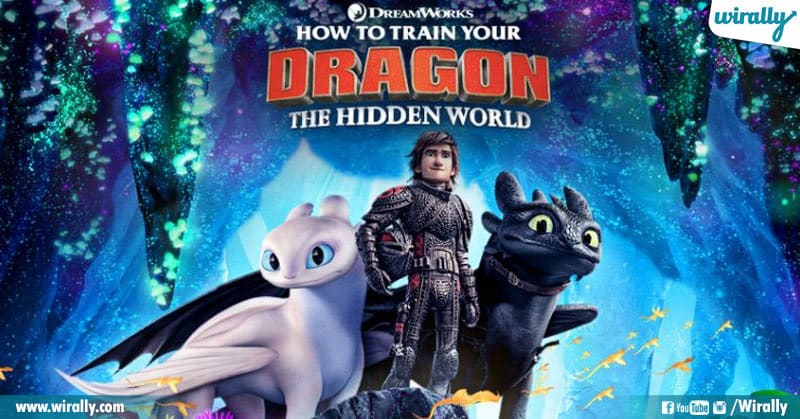 This animated action film produced by DreamWork Animations, based on the 2003 novel of the same name, tells the story of a young Viking named Hiccup, who must follow his tribe’s tradition and slay a dragon to become a Viking warrior, however, he ends up doing the exact opposite, by befriending the dragon. Though the plot is straightforward, the way that the story is told is extremely unique and entertaining, the pacing of the movie keeps things interesting, and the script is very well written. The movie has some of the best specials effects you’ll see in an animated film and has some amazing depth, which will immerse you in the world of the dragons, Overall How to Train Your Dragon is a technical masterpiece, one that you should watch. 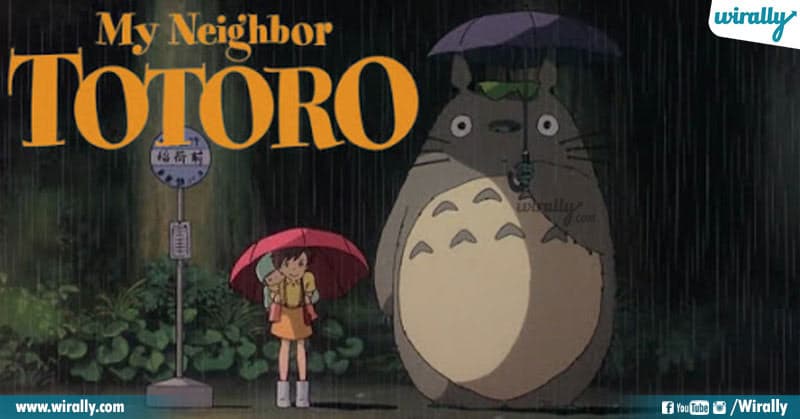 My Neighbor Totoro is a masterpiece by Hayao Miyazaki, released in 1988, the plot revolves around two sisters who encounter friendly forest spirits in postwar rural Japan. What you get here is a true masterpiece, that is full of charm. What makes this film different from other films is that there’s no antagonist in the film, Miyazaki does a brilliant job of pulling this off with the help of some great direction and beautiful backgrounds. The characters are relatable, the animation is stunning, and the story is heartwarming. It lets you view the world from a different perspective, also what noteworthy is the attention to detail in every scene, you can pause the film at any moment and be amazed at the quality of the animation, each scene is a masterpiece in its own right, My Neighbor Totoro is a unique experience, once that will stay with you long after you finish watching it.