A Cinematic universe or a shared universe is where films are not direct sequels, but they take place in the same universe. The first Cinematic universe that we saw in films was the Universal Monsters series of Dracula, Frankenstein, The Invisible Man and The Wolf Man, which ran from 1931 to 1951.

But perhaps the most popular Cinematic universe has to be the Marvel Cinematic Universe, which first started in 2008 with Iron Man and has since released 22 features films, with several future titles in production. The success of the MCU, caused several different companies to make their universes to capitalize on the concept, and one such universe in The Conjuring Universe.

A shared universe that centres around supernatural horror films based on real-life cases. The Conjuring Universe was started with ‘The Conjuring’ that was released in 2013, and since then we have seen 6 featured films released that are part of the same universe.

The franchise has been commercially successful, with it grossing a combined $1.9 billion, becoming the second highest-grossing horror franchise ever behind Godzilla. In this article, we will be Ranking The Best Movies from The Conjuring Universe. 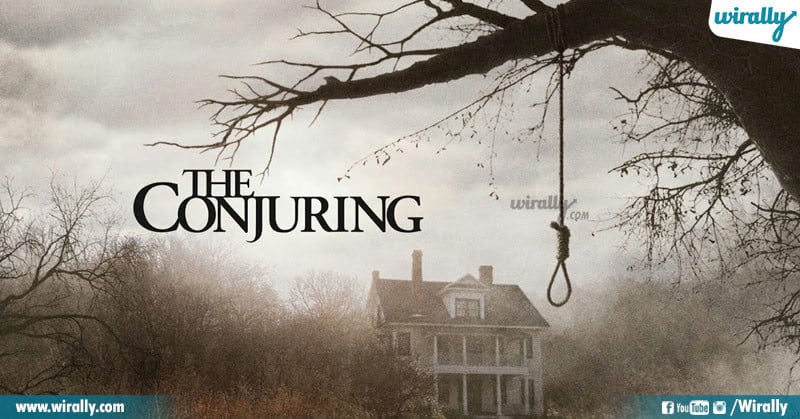 The inaugural film in The Conjuring Universe, The Conjuring is a supernatural horror film directed by James Wan. The film revolves around 2 Paranormal investigators Ed and Lorraine Warren, who try to help a family terrorized by a dark presence in their farmhouse.

Releasing in 2013, The Conjuring is regarded as one of the best Horror films of all time. The film is extremely thrilling and scary, and since it’s based on a real-life story, that adds an extra amount of spookiness to the story.

The atmosphere created in the movie makes for a thrilling ride, the sound intensifies the horror, and the film has its fair share of jump scares that will make you scream out loud. The film was extremely successful, grossing over $319 million worldwide. 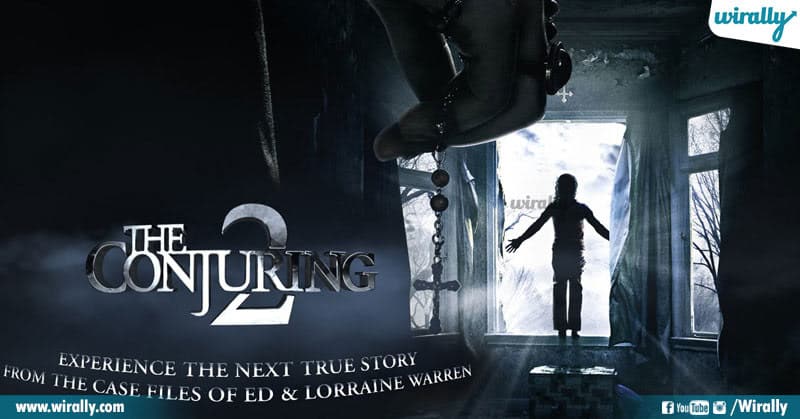 The sequel to 2013’s The Conjuring, The Conjuring 2 directed by James Wan, is the third instalment in The Conjuring Universe franchise. Patrick Wilson and Vera Farmiga reprise their roles as paranormal investigators Ed and Lorraine Warren from the first film, as this time the story revolves around the Hodgson family, who are experiencing poltergeist and paranormal activity at their Enfield council house in 1977.

Considering the original’s success, the expectation on Conjuring 2 were sky high, and the film manages to deliver on that hype. The film is just as scary as the original, if not scarier, and has some great character development and another intriguing story.

The atmosphere once again is fantastic, and James Wan seems to have mastered the art of anticipation. Conjuring 2 is beautifully shot and uses all the tricks in the book, to make you pee your pants. Just like its predecessor, the film was commercially successful, grossing over $320 million worldwide. 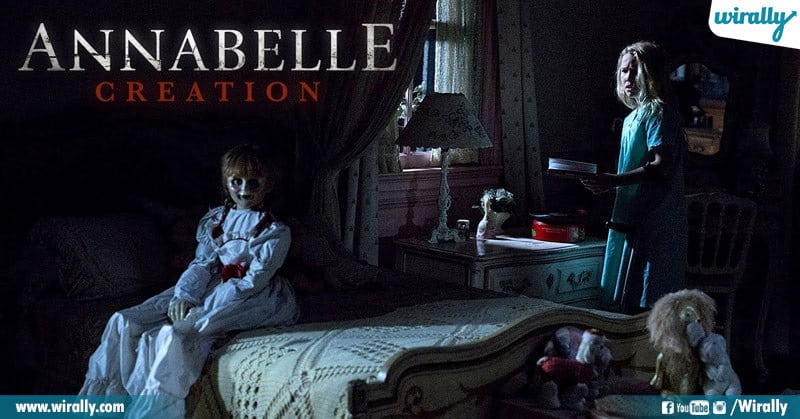 Written by Gary Dauberman, and directed by David F. Sandberg, Annabelle: Creation is the fourth instalment in The Conjuring Universe franchise. It stars Stephanie Sigman, Talitha Bateman, Anthony LaPaglia, and Miranda Otto, as the story revolves around the origin of the Annabelle doll.

Annabelle Creation is a well-executed horror film that has a creepy story and with a creepy and scary looking doll, the film does a great job of explaining the origins of the Annabelle doll and has a great tragic story. The actors do a fine job, and the film has a few decent jump scares, but the film can be outright hilarious at times, which is a positive, as we rarely see comedic elements in horror movies, and hilarious moments fit the character of the creepy doll perfectly, they make the doll seem scarier and even more insane. The film did well at the box office, grossing over $306 million worldwide. 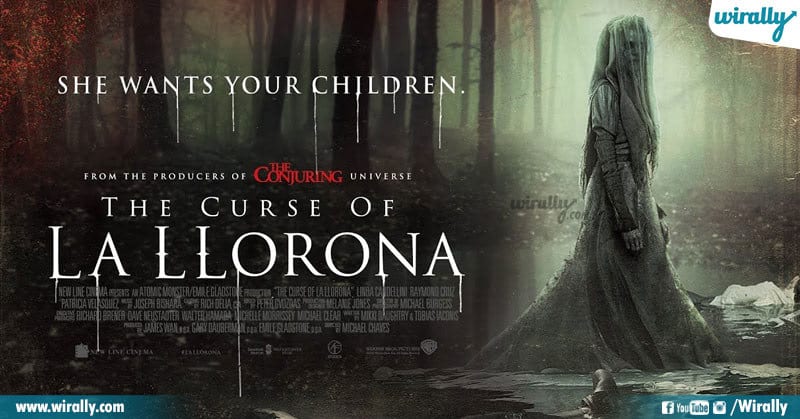 Based on the Latin American folklore of La Llorona, The sixth instalment in The Conjuring Universe franchise, The Curse of La Llorona directed by Michael Chaves stars Linda Cardellini, Raymond Cruz, and Patricia Velásquez in the lead roles. Set in 1973 Los Angeles, the story revolves around a mother who must save her children from a malevolent spirit who is trying to steal them.

The actors do a great job in their portrayal, and you start feeling for them, and though the film has the same formula that we’re used to seeing in the Conjuring franchise, the story is quite unique and original.

The film is thrilling enough to keep you hooked throughout, and has few moments where it shines, but suffers from a bad script. If you are a fan of the conjuring films or Horror films, then you are going to enjoy it, apart from that it does not do anything new or revolutionary. Made on a budget of $9 million, the film went on to gross $123 million worldwide. 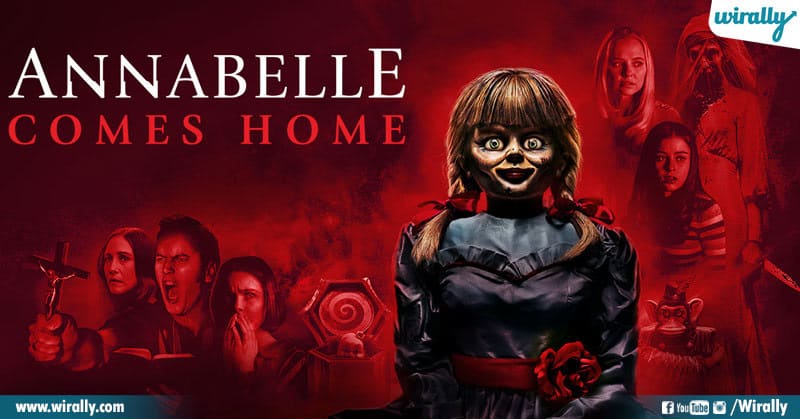 A sequel to 2014’s Annabelle and 2017’s Annabelle: Creation, and the seventh instalment in The Conjuring Universe franchise. Annabelle Comes Home is directed by Gary Dauberman, stars Mckenna Grace, Madison Iseman, and Katie Sarife, along with Patrick Wilson and Vera Farmiga. The story revolves around Ed and Lorraine Warren, who must stop Annabelle from wreaking havoc.

The film is frightening and adds new elements of horror to make it even scarier. Though the plot is plain and simple, the actors do a fine job of carrying the story, and the film does a good job of building tension and uses the jump scares in the right way.

The film will have you on the edge of your seat throughout and is a thrilling ride from start to finish. It has a few clever tricks up its hand to scare you that will surprise you. Overall, Annabelle Comes Home is a step in the right direction and is a great horror film. The film grossed over $231 million worldwide.