Thriller films are amazing, they get your heart pumping and blood racing. A good thriller film plays with your emotions and takes you on an emotional ride, and then drops a bombshell twist on you, that leaves you shellshocked and your head-scratching. Many filmmakers have seemed to master the art of making a thriller. Some of the greatest movies ever made are thrillers.

Filmmakers love leaving their viewers in awe, and with the help of some clever writing and tight screenplay, its possible. And if you are someone who owns an Amazon Prime Subscription, then you are in luck, as the streaming platform has several top-notch thrillers just waiting to be explored. We have made a list of the Best Suspense Thrillers you must watch on Amazon Prime. 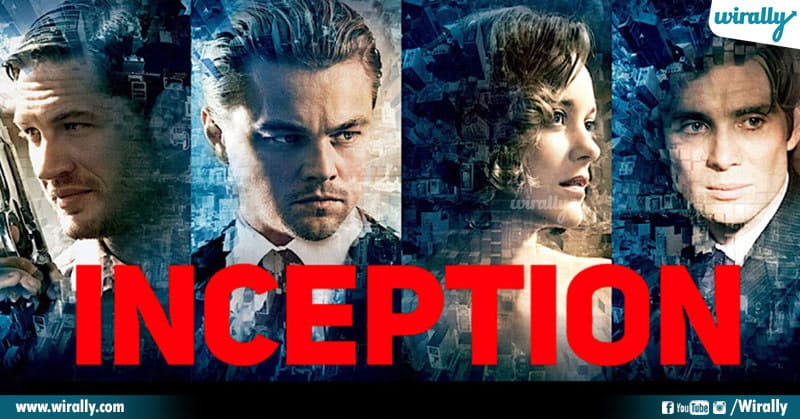 The story revolves around a professional thief who steals information by infiltrating the dreams of his targets. The film is gripping from the start, it has one of the most unique concepts ever seen in a film, and is a visual masterpiece.

Christopher Nolan is a master storyteller and the way that the story flows in Inception is a joy to watch, the film is filled with several twists and turns that’ll leave your mouth wide open.

If you are looking for a thriller that has groundbreaking visuals, great cinematography and an excellent storyline, then Inception is a must-watch. 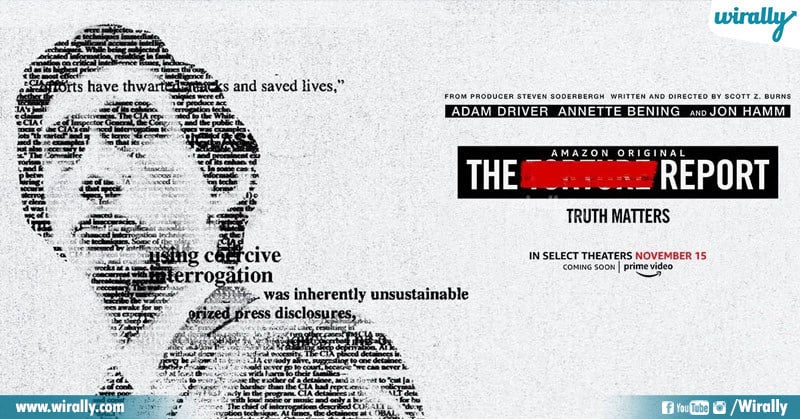 The Report is a drama film written and directed by Scott Z. Burns, the film stars Adam Driver, Annette Bening, Ted Levine, Michael C. Hall, Tim Blake Nelson, Corey Stoll, Maura Tierney and Jon Hamm. The story revolves around Senate staffer Daniel Jones and the Senate Intelligence Committee as they investigate the CIA’s use of torture following the 9/11 attacks. The Report is a well-executed movie and conveys the real-life events in a truthful and organized manner. The film moves at an even pace and benefits from a stellar cast, there are several moments throughout the film, that’ll blow your mind, the brutality and torture is showcased realistically, and feels raw. If you are looking for a political drama, that is thrilling as much as it’s entertaining, then The Report is easily one of the best films that you can watch. 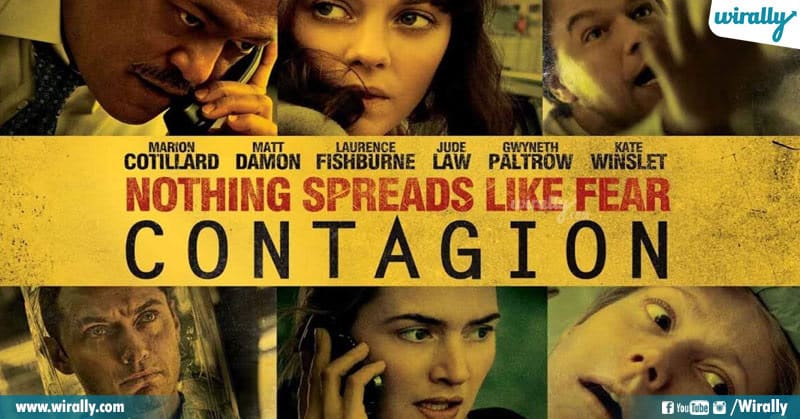 We live in troubled times, there’s a pandemic going on that has stopped the world on its toes. and it’s almost scary how accurate Contagion describes the reality that we are living in, almost 9 years before. Releasing in 2011, Contagion is a thriller film directed by Steven Soderbergh. The film features an ensemble cast of Marion Cotillard, Matt Damon, Laurence Fishburne, Jude Law, Gwyneth Paltrow, Kate Winslet, Bryan Cranston, Jennifer Ehle, and Sanaa Lathan. The film revolves around a virus spread that is transmitted through respiratory droplets and fomites. The film was released to mixed and average reviews at the time of launch, but due to the current Covid-19 Pandemic, the film has received renewed popularity, with many appreciating the narrative and accuracy to the current situation. 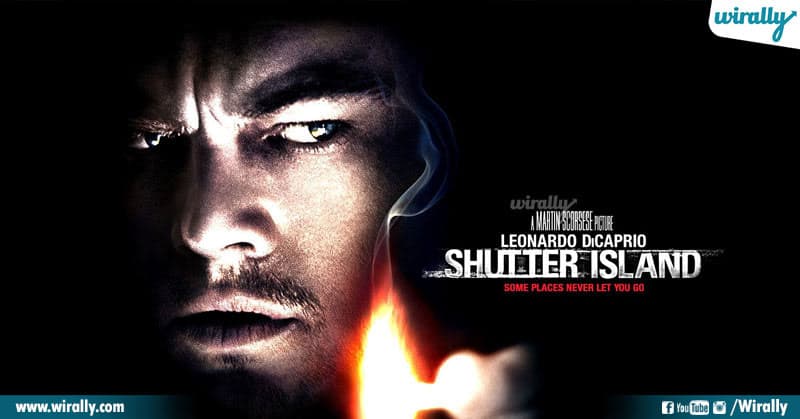 Based on Dennis Lehane’s 2003 novel of the same name, Shutter Island was released in 2010. Martin Scorsese is one of the best directors in the world, and he just shows how good he is in this film, the way the story plays out is extremely entertaining to watch, the film tells the story of Edward “Teddy” Daniels, who is investigating a psychiatric facility on Shutter Island after one of the patients goes missing, the film is full of beautiful cinematography and excellent performances by Leonardo DiCaprio and Ben Kingsley, At first, the movie might look like a simple detective story, but as the movie goes on, the story gets much more complexing and interesting. Also, the film has one of the best plot twists in the film industry, that we won’t spoil for you. 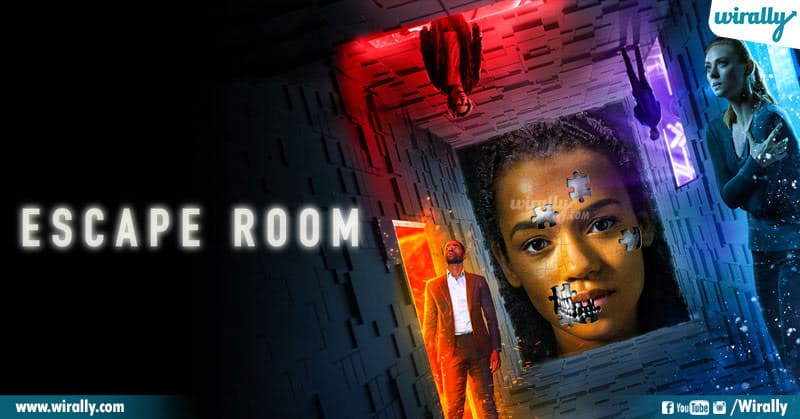 Escape Room psychological horror film directed by Adam Robitel starring Taylor Russell, Logan Miller, Deborah Ann Woll, Tyler Labine, Jay Ellis, Nik Dodani, and Yorick van Wageningen. The story revolves around a group of six people who find themselves stuck in a maze of deadly mystery rooms, and must now find a way to escape. If you are a fan of movies like Saw and Final Destination, then you are going to enjoy Escape Room. The film is extremely entertaining and does a great job of building suspense, the story is interesting and the characters have good chemistry together. Overall Escape Room is an enjoyable little thriller filled with some good twists and turns to keep you engaged. 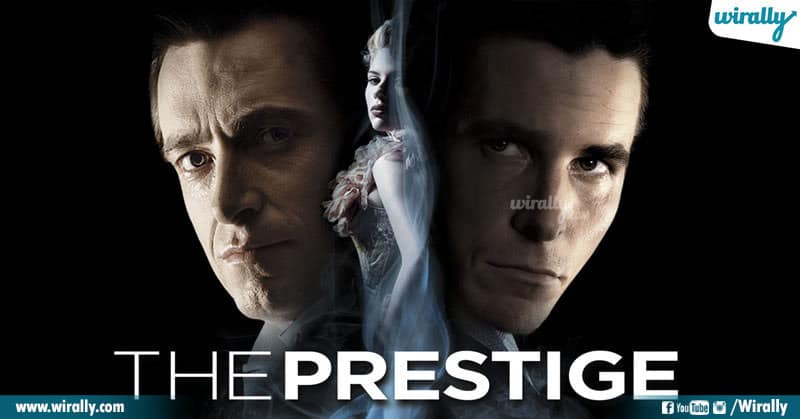 Based on the 1995 novel by Christopher Priest. The prestige is a 2006 thrilling film directed by Christopher Nolan and written by Nolan and his brother Jonathan, the story follows two rival magicians Robert Angier and Alfred Borden played by Hugh Jackman and Christian Bale respectively. who are obsessed with creating the best stage illusion, as they constantly engage in competitive competition. Often regarded as one of the best thriller films of all time, ‘The prestige’ deserves all the praise that it gets. The film is a thrilling experience from start to finish, the storyline is rich and artistic, and Hugh Jackman and Christian Bale deliver powerful performances in their respective portrayals. One of the things that ‘The Prestige’ does exceptionally well is character development. We slowly see the transformation of the main character and how his obsession turns him into a bad guy. 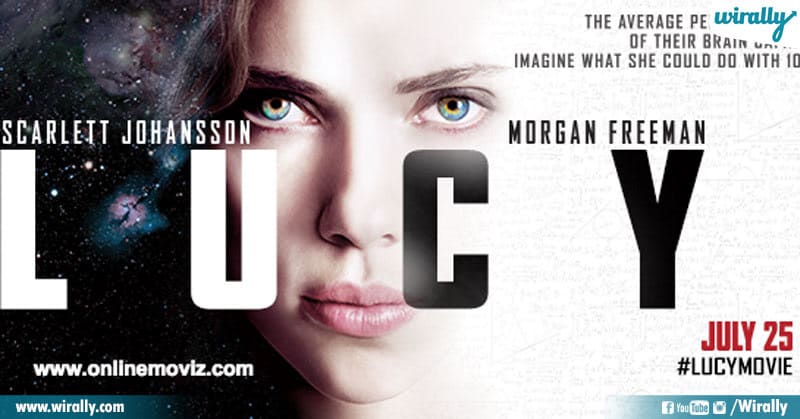 Lucy is a French science fiction action thriller film written and directed by Luc Besson. The film stars Scarlett Johansson, Morgan Freeman, Choi Min-Sik, and Amr Waked as the story revolves a woman who gains psychokinetic abilities when a nootropic drug is absorbed into her bloodstream. Lucy has a fascinating story, that will hook you straight from the start, the film moves at a tremendous pace and is full of action and twists. Though the film is not perfect and suffers from a few plot holes, the film more than makes up for it thanks to its engaging storyline. If you are someone who is into Sci-fi or action films, then Lucy should be on the top of your list.