In the age of OTT’s, it seems like watching a film of your choosing is almost impossible. With streaming platforms fighting each other for the rights streaming your favourite movies, often you find yourself being stuck without the subscription of that particular OTT you need to watch the film.

But before there were OTT platforms, there was YouTube, The third highest viewed website in the world has been around for a long time, and only seems to grow in numbers, The best part about YouTube is that you can view the majority of the content for free, and when it comes to Telugu Movies, there are some great films available on Youtube that you can watch for free. We have made a list of the Best Telugu Movies Available On YouTube that you should definitely watch. 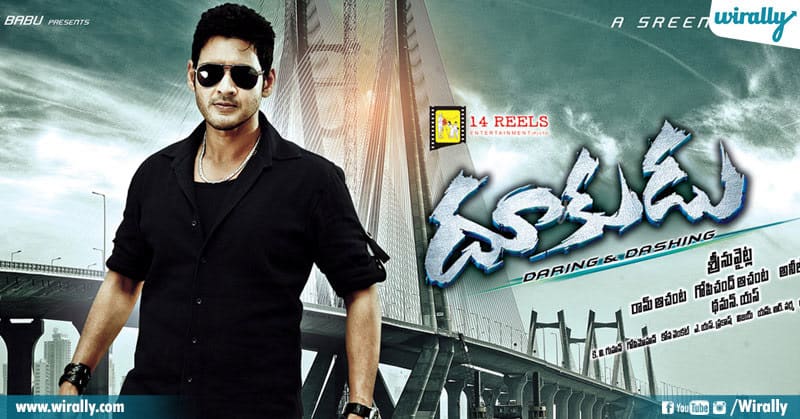 The film that brought Telugu Cinema worldwide appeal, Dookudu is an action comedy film directed by Srinu Vaitla, featuring Mahesh Babu and Samantha Akkineni in the lead roles. The film tells the story of an undercover cop and his mission of hunting a dreaded mafia don. Releasing on 23 September 2011, Dookudu received positive reviews and was a commercial blockbuster. The film grossed over 100 crores worldwide during its theatrical run, making it the highest-grossing film at the time. The film received several accolades, including seven Nandi Awards, six Filmfare Awards, eight SIIMA Awards and eight CineMAA Awards. The film is available on Mahesh Babu’s official YouTube Channel and has over 5.1 million views. 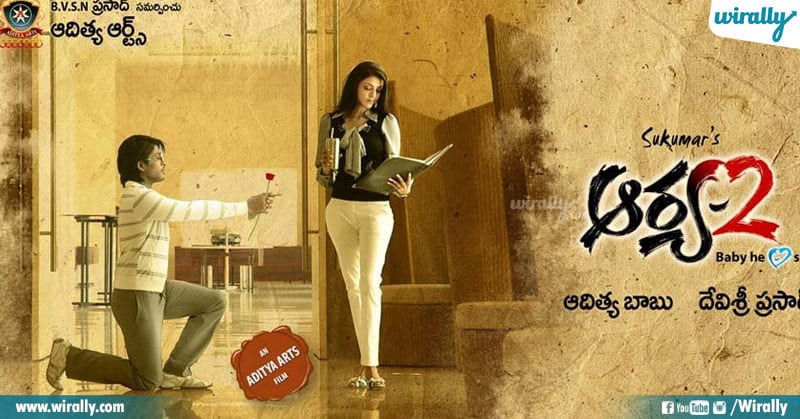 A spiritual successor to the critically acclaimed film Arya, which released in 2004, Arya 2 is an action comedy film starring Allu Arjun, Navdeep and Kajal Aggarwal in the lead roles. The film tells the story of two orphans Arya and Ajay. Arya is a psychotic, who is ready to do anything for Ajay, who despises him. The film was a huge success and solidified Allu Arjun as one of the top actors of the industry. Due to the film’s tremendous success, It was dubbed in Malayalam, Odia, Hindi and was remade in Bengali. The Film is available on the Telugu Movies Channel and has over 19 million views. 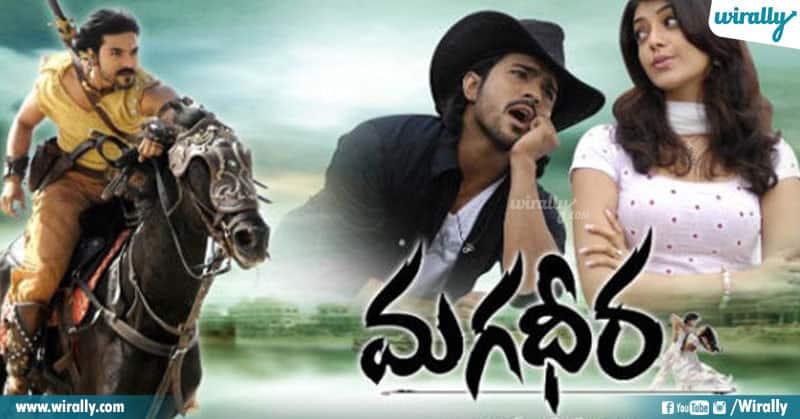 Before Baahubali, there was Magadheera, before achieving worldwide acclaim for directing Baahubali. S. S. Rajamouli directed a fantasy action film, starring Ram Charan and Kajal Aggarwal in the lead roles. The plot of the film revolves around 4 people who die before fulfilling their wishes, and are now reincarnated into the present day. The film released on 19 March 2008 to critical and commercial acclaim. It was praised for its storytelling, visual effects, creativity and direction. The film was also praised for its fantastic love story, and how the story links back to the story of more than 400 years ago. The film is now available on YouTube on the official Geetha Arts channel and has over 32 million views. 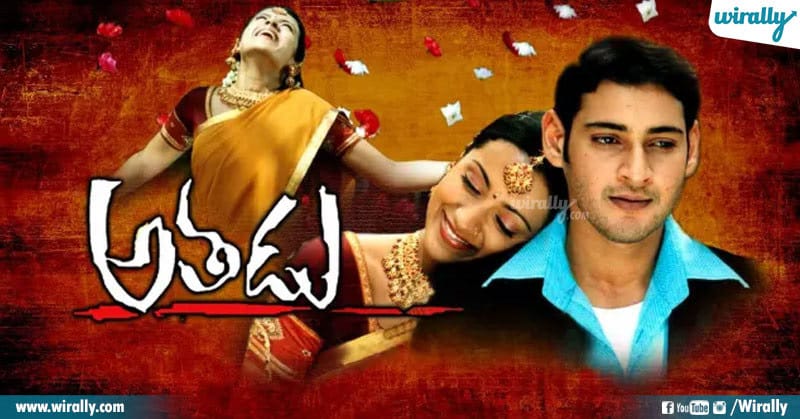 The film that launched Mahesh Babu as one of the top stars in the Telugu Film Industry, Athadu is an action thriller film written and directed by Trivikram Srinivas. The film features an ensemble cast of Mahesh Babu, Trisha, Sonu Sood, Sayaji Shinde, Kota Srinivasa Rao, Prakash Raj, Nassar, Sunil, Rahul Dev and Brahmanandam. The film tells the story of a gunman who is framed for a murder he did not commit, he must now find out the real killer while escaping from the police. Releasing on 10th August 2005, Athadu went on to become one of the highest-grossing Telugu films of its time. You can find the film on the channel Aditya Movies, it has over 10 million views. 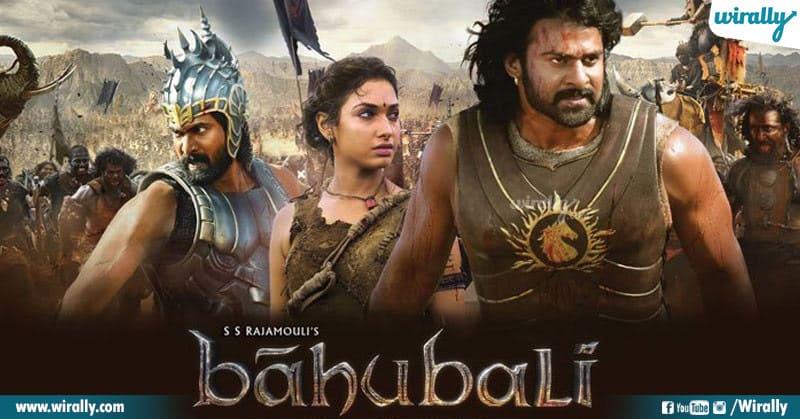 The film that started a franchise and gave Telugu Cinema worldwide appeal. Bahubali: The Beginning directed by S. S. Rajamouli, is the first instalment of the two cinematic parts of the Bahubali franchise. It stars Prabhas, Rana Daggubati, Anushka Shetty, and Tamannaah in the lead roles, as it tells the story of a young man named Shivudu, who falls in love with a warrior, as he tries to impress her, he soon discovers past of his family and his true legacy. The film was made on a budget of ₹180 crores, making it the most expensive Indian film at the time. It went on to shatter box office records by grossing over ₹650 crores making it the highest-grossing film in India at the time, and the third highest-grossing Indian film worldwide. The film is available both in Hindi and Telugu on YouTube. 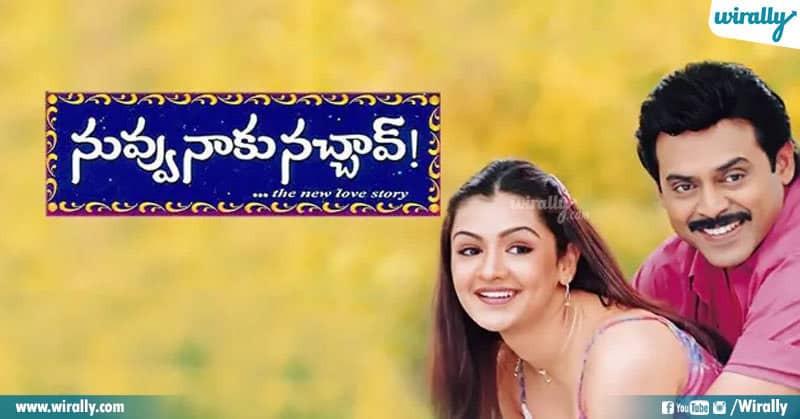 If you are looking for something light and fun, then a great pick is K. Vijaya Bhaskar’s Romantic Comedy Nuvvu Naaku Nachav. The film stars Venkatesh and Aarthi Agarwal in the lead roles, as the story revolves around Venky, and Nandini, who are good friends, but their friendships turn into love, However, Nandini is already engaged. Releasing in 2001, Nuvvu Naaku NachchavIt was a Box Office blockbuster and won several awards including 2 Nandi awards. Due to the huge success of the film, it was remade in Kannada, Tamil, and in Bengali, but the original is still one of the best comedy/family drama films. The film is available on the TVNXT TELUGU channel and has garnered over 6.8 million views. 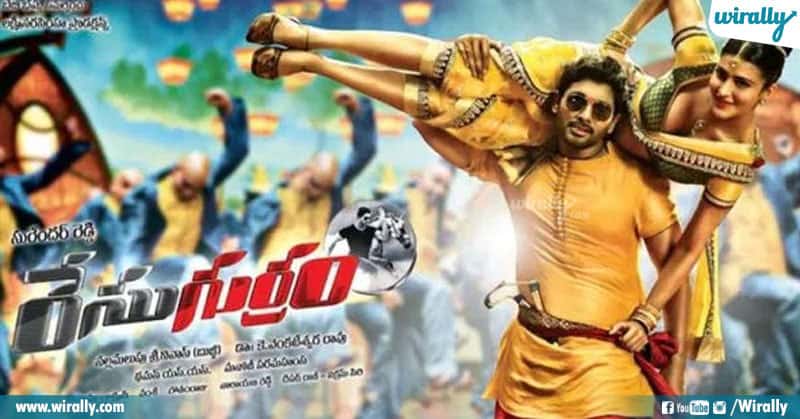 Race Gurram is an action comedy film directed by Surender Reddy, it stars Allu Arjun and Shruti Haasan in the lead roles. The film tells the story of two brothers with different personalities and ideals, one follows rules and regulations, while the other is a carefree man who does things his way. The film was released on 11th April 2013 and was received well critically and commercially. Many critics praised the comedy and action of the film. Allu Arjun is in top form throughout the film and carries the plot on his shoulders. The film was a box office success and went on to gross over 130 crores during its theatrical run, making it the highest-grossing film of 2014 and overall the 7th highest-grossing Telugu Film of all time. You can watch the film on YouTube right now, It’s available on the Telugu Filmnagar Channel, and has over 26 million views.