The Telugu Film Industry is one of the largest film industries in the world, on an average, over 200 films are released every year. And in recent years, there has been a significant rise in the industry, in terms of publicity and appeal.

Telugu films enjoy a wide fan following, and that has been proven with the release of films like Baahubali, which went on to break all records at the box office and is the highest-grossing film in India. With the significant rise of the industry and the emergence of various OTT platforms, the way we watch films has changed drastically.

You no longer have to wait for your favourite pictures to be telecasted on the TV. OTT platforms are pushing hard for the rights of streaming new films, and one such platform that is looking to capitalize on the regional market is Netflix.

Though the floor lacks regional content, when compared to other OTT platforms like Amazon Prime and Disney Hotstar, the content is certainly growing, as Netflix has acquired rights to stream some of the most popular and critically acclaimed films.

We have made a list of the Best Telugu Movies that you can watch on Netflix right now. 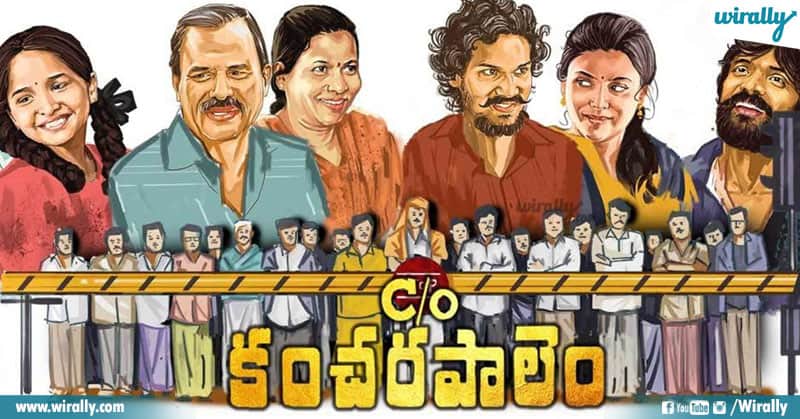 Care of Kancharapalem is a slice of life film, written and directed by Venkatesh Maha. Set in Kancharapalem, the film features over 80 non-actors, most of them native to the town, as it tells four unconventional love stories set in the town. The film was released on 7 September 2018 to positive reviews, helping it win the Best Critic Movie honour at 2019 Zee Cine Awards. The film covers several heavy topics like religion, love, sex and humanism elegantly. The small town of Kancharapalem is beautifully brought to life, and all the actors do a commendable job in their performances. The Direction is top-notch and the background score stays with you long after the credits roll. Care of Kancharapalem is an experience that you won’t forget, it is refreshingly new and unique and yet simple and brilliant. 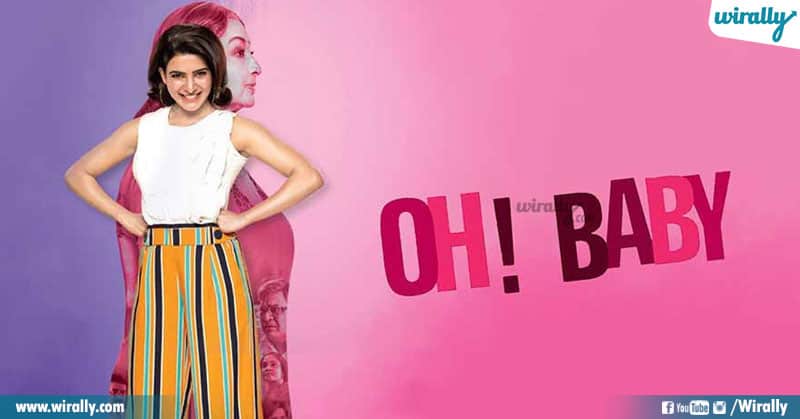 Oh! Baby is a remake of the South Korean film Miss Granny, directed by B. V. Nandini Reddy, the film stars Samantha Akkineni, Naga Shaurya, Lakshmi, Rajendra Prasad in the lead roles by B. V. Nandini Reddy. The story revolves around a 70-year-old woman who is not happy with her life, and blames God for the difficulties she had to go through, however, after clicking a photograph at an exhibition, she is transformed into a beautiful 24-year-old girl. The film is full of great humour and excellent writing. The story is emotional and connects to the audience. Samantha knocks it out of the park and delivers one of her career best performances. But the best part of the film is that it teaches you to enjoy the little things in life and shows how people take their lives for granted. Oh! Baby is an emotional ride, and one that you should experience yourself. 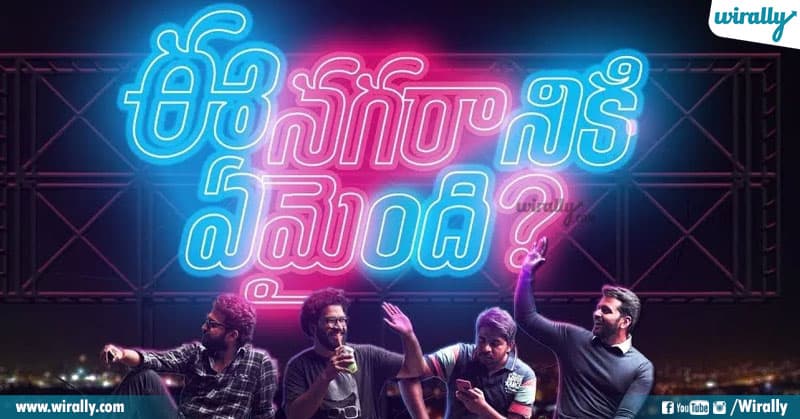 If you are looking for a comedy film, then Ee Nagaraniki Emaindi makes for a great watch. Written and directed by Tharun Bhascker Dhaassyam, the film features an ensemble cast of Vishwak Sen, Abhinav Gomatam, Sai Sushanth Reddy, Venkatesh Kakamanu, Simran Choudhary, and Anisha Ambrose, as it tells the story of four childhood friends who go on a trip to Goa. The film is outright hilarious right from the start, all the 4 actors have great chemistry together and deliver hilarious and excellent performances. The story is well written and has some great moments in it, and can get emotional at times. If you are looking for a stress buster film that will have you laughing out loud, then Ee Nagaraniki Emaindi should be on the top of your list. 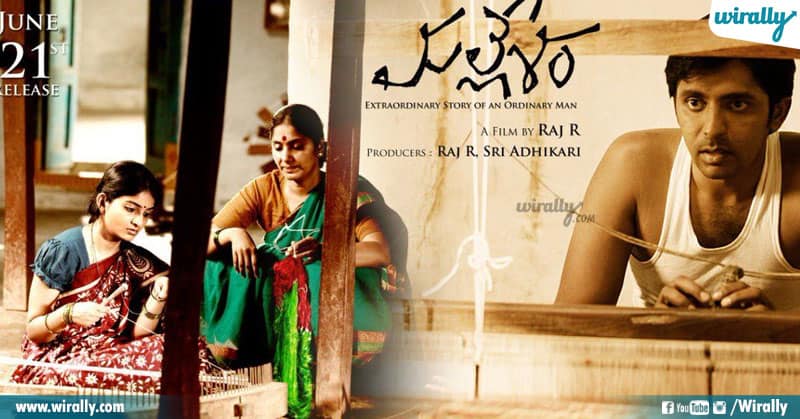 Mallesham is an autobiographical film directed by Raj R. The film stars Priyadarshi in the lead role along with Ananya and Jhansi in prominent roles. The film tells the life story of the Padma Shri winner Chintakindi Mallesham, who invented the Asu machine that reduces the efforts required by weavers. The story of Chintakindi Mallesham Is beautifully told, the rural setting of the film is stunning and is filled with some great shots. All the actors deliver realistic and believable performances, and the well-written story flows smoothly and keeps you engaged throughout. The background score is a treat to listen to and perfectly fits the narrative, the inspiring story is heart-wrenching and entertaining, making Mallesham a great watch. 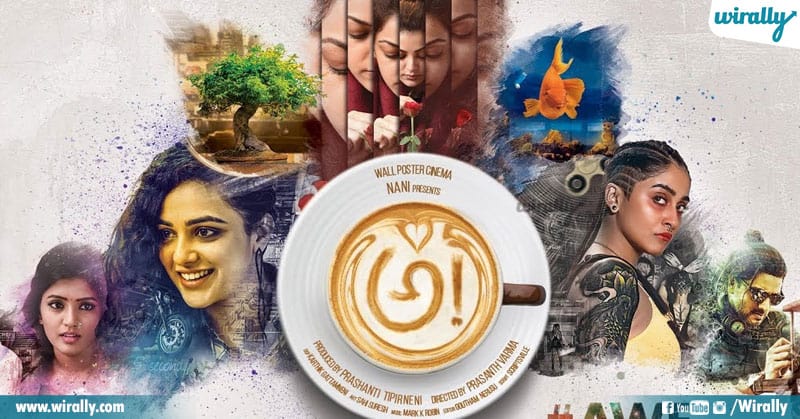 Awe is a psychological thriller film written and directed by Prasanth Varma. The film features an esmeble cast of Kajal Aggarwal, Nithya Menen, Regina Cassandra, Eesha Rebba, Srinivas Avasarala, Priyadarshi Pullikonda and Murali Sharma, as the film revolves around psychological issues and social problems like child abuse, sexual abuse, and drug abuse. The strength of the movie lies in its plot, the film does not shy away from heavy topics like sexual and drug abuse, instead embraces it. The acting is top notch, cinematography is stunning, and the film is full of twists and turns that will keep you hooked throughout its runtime. The film also has one of the best climaxes ever seen in a Telugu film, making it one of the most unique and refreshing Telugu films of all time. 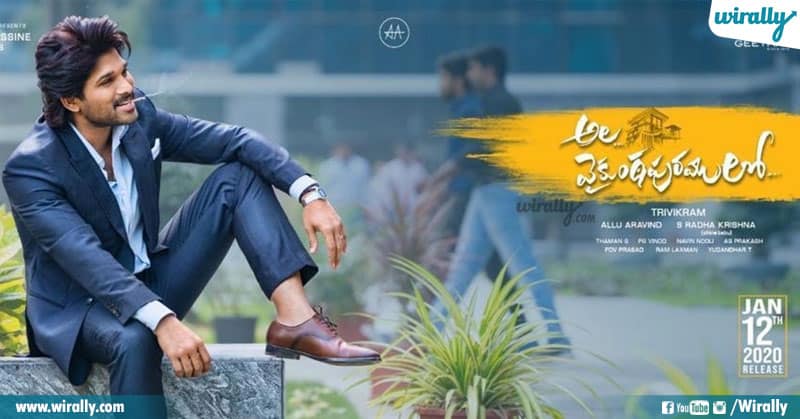 Ala Vaikunthapurramuloo is an action-drama film directed by Trivikram Srinivas. The film stars Allu Arjun and Pooja Hegde in the lead roles, as it tells the story of a middle-class man named Bantu, who discovers that he is the son of a rich businessman, and the clerk secretly switched his newborn son with him. The film has everything that you would want in a family entertainer: it’s well directed, has great screenplay and balances the serious and comedy moments perfectly. Though the story is simple and straight forward, it has enough to keep you interested till the end. Overall, Ala Vaikunthapurramloo is a feel-good movie with some good acting, decent story and a tight screenplay, making it an entertaining watch. 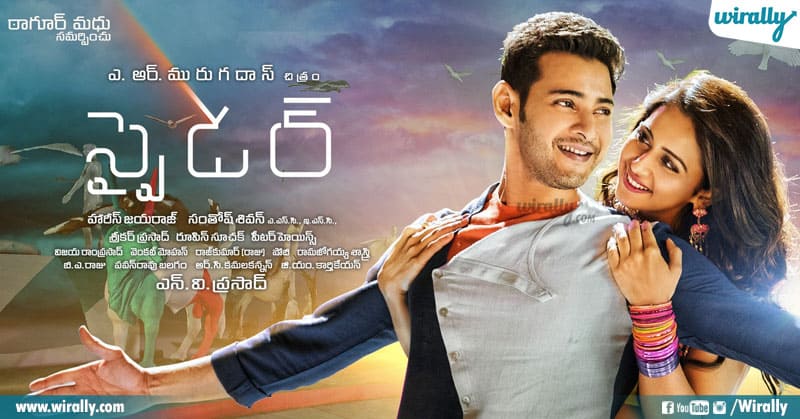 Written and directed by A. R. Murugadoss, Spyder stars Mahesh Babu, Rakul Preet Singh, and S. J. Surya in lead roles, as the film tells the story of an Intelligence Bureau officer named Shiva, who develops software to help track those in need. When a serial killer starts brutally murdering people, he decides to stop him. What you get from Spyder is a unique story, told interesting right from the start. All the characters are well-realized and deliver powerful performances. The film moves at a great pace, and is thrilling for the most part, keeping you on the edge of your seats. S.J. Surya delivers a wicked performance, and is certainly the star of the film, the back story of his character was extremely well done, and wonderfully acted by the child actor. Overall, if you are looking for a gripping story, filled with some great visuals, and intriguing storytelling, then Spyder is a good pick.