M.M.Keeravani has been the flag bearer of grand commercial music for Telugu movie industry for a long time now. There have been many instances where he perfectly caught the pulse of the listeners and turned several normal movies into hits just because of his score. Over a career spanning over 25 years, he could manage to cover multiple genres of music and still maintain the roots of his melodies in classical format.

Also not just sticking to composition, he has shown his command over literature and language by penning down several memorable songs. Him being a close associate of legend writers Veturigaru and Sirivennelagaru, have proven that he is no less intellect compared to them.

As the release of “Bahubali 2 – The Conclusion”, is around the corner, we would like to analyze the lyric of “Dandalayya” written by Keeravani and interestingly sung by KaalaBhairava, his son. This lyric specifically, might be on a series of events happened to AmarendraBahubali, The Crowned King of Mahishmathi. On close observance the lyric and the track provides some interesting perspectives to the story which proves the genius of M.M.Keeravani.

This stanza is the beginning of the track, set up in a melancholy score. This part might be reflecting the agony of people of Mahishmathi, as their beloved king is being dethroned and expelled from the kingdom as written in the first 2 lines “Padamara Kondallo…Vadilina Maareda” which roughly translates to “The setting sun who has left the broken walls of the fort into dark”. The next 2 lines “Tadisina kannullo…Kaapai Untava”, means the people are asking him to “Resurrect from our teary eyes and be our god to protect us”. Which continues to them saying “We bow down to your feet and can sacrifice our lives, please stay with us, Oh Lord” in the lines “Nee Adugulake…Dandalayya”.

The interlude of the song shifts from melancholy mood to a grandeur theme of Bahubali-1 continuing to the orchestral cues of “Mamathala Thalli”. The mood of the track shifts to something like a new beginning. Going to the next stanza,

This stanza projects a festive mood. It has a different group of people, who are happy to have AmarendraBahubali with them. They’re praising him and their luck in the lines “Tamanele raajunu…Pacchaga aipoda”, which means “The rocks will celebrate because they have to chance to bear their king, and the barren land would turn green by the touch of his sweat (his hard work)”. The next lines give a meaning that “Your word is our mandate, you’re our king, father, son and our life”, as written in “Nee maate….needayya”. The last two lines of the song “Dandaalayyaa dandalayya, Maarajai nuvvundaalayyaa”, just gives the glimpse of the new set of people which means “Oh Lord, Be our king”.

This song just gave us a few surprising questions. Why was AmarendraBahubali expelled from the kingdom? Why did the people and RajamathaSivagami did not oppose it? Where did he go? And who are the other people who made him their king? In this all commotion, when did this situation happen? Is he really alive or did really Kattappa kill him? Did he really leave the kingdom?
Well it’s all up to the magician S.S.Rajamouli, in whom we can all trust. For now let us thank M.M.Keeravani for giving this wonderful piece of music and elevating the whole movie to another level. 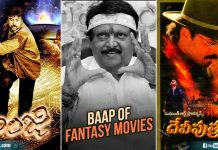 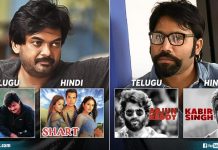 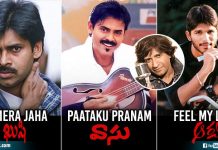 5 Best Movies of Kodi Ramakrishna Which Are Worth Watching For...

Here Are 7 Most Famous Fruit Capitals Of India!

Take A Look At The List Of Tollywood Directors Who Remade...

Fruits You Must Not Miss Eating During The Monsoon Season