When it comes to Hollywood, there are few better than Martin Scorsese, the man has been entertaining audiences and revolutionizing film making for over half a decade now, and has delivered a countless number of classics that are regarded as some of the finest works of cinema ever. Having just one of these films in their portfolio would be considered as an achievement for most directors, but Scorsese seems to have mastered the art of making Magnum opuses every time he sets out to make a film.

His depictions of violence, crime, machismo and profanity have revolutionized the industry in several ways. There’s a reason why he’s regarded as one of the most influential directors of all time, and he certainly deserves his place as one of the industry’s all-time greats. Scorsese is also famous for repeat collaborations when it comes to actors and film technicians, including nine films made with Robert De Niro, and five film collaborations with Leonardo DiCaprio.

The man has achieved it all, from Hollywood blockbusters that are still considered timeless classics, and still hold up, even after decades to their release to critically acclaimed films that won him several Academy Awards. And though each film of Martin Scorsese is a masterpiece in its own right, few films are in a league above the others, which is why we have decided to make a list of the Director’s best films that you should watch. 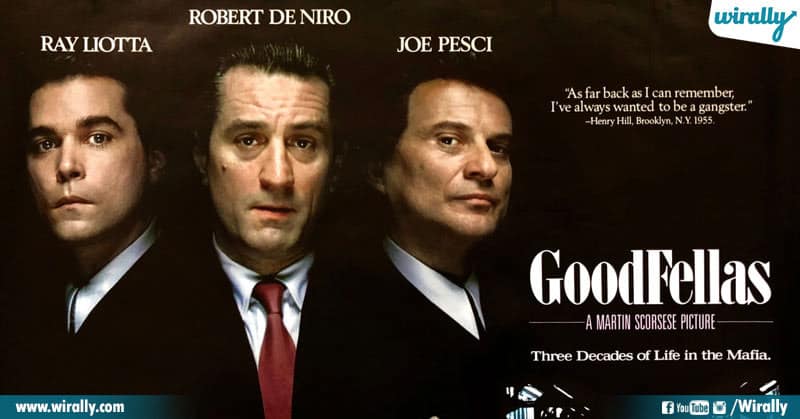 Easily one of the greatest films of all time, Goodfellas is a crime film directed by Martin Scorsese, based on the 1985 non-fiction book Wiseguy by Nicholas Pileggi, The film tells the story of Henry Hill and his friends, and their rise to the top of the American crime syndicate from 1955 to 1980. The film is full of charm and style, the film does a great job of telling Henry Hill’s story, right from his childhood, to his rise in the world of organized crime, and his downfall. The film has everything that you would want in a gangster film; great storytelling, phenomenal acting, tight screenplay and a soothing background score. The film rightly deserves its place as one of the most influential and significant films. The film was nominated for six Academy Awards, and the film went on to win five awards from the British Academy of Film and Television Arts, In 2000, Goodfellas was selected for preservation in the National Film Registry by the United States Library of Congress. 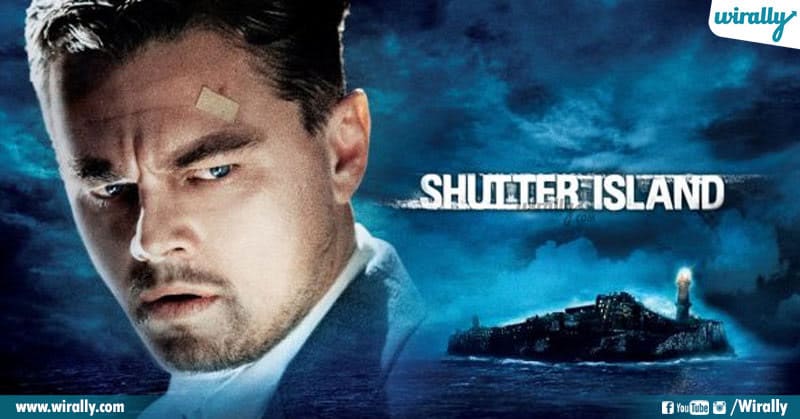 Shutter Island might be the most underrated film of Martin Scorsese. Based on Dennis Lehane’s 2003 novel of the same name, Shutter Island was released in 2010. The film just shows how good Martin Scorsese is, and the way that the story plays out is extremely entertaining to watch. The film tells the story of Edward “Teddy” Daniels, who is investigating a psychiatric facility on Shutter Island after one of the patients goes missing. The film is full of beautiful cinematography and excellent performances by Leonardo DiCaprio and Ben Kingsley. At first, the movie might look like a simple detective story, but as the movie goes on, the story gets much more complexing and interesting. Also, the film has one of the best plot twists in the industry. 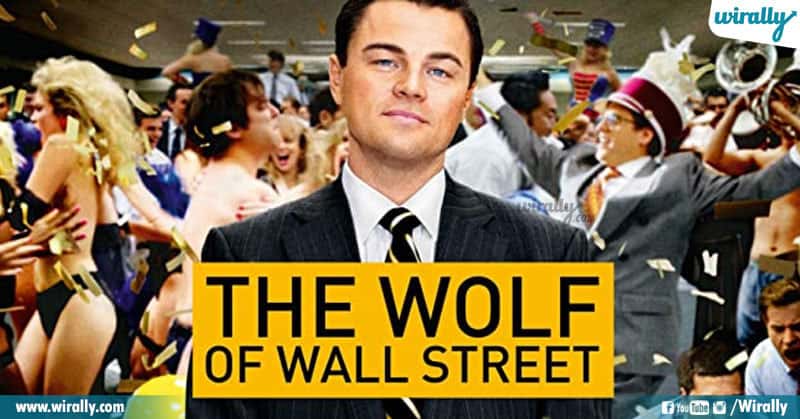 Based on the 2007 memoir of the same name by Jordan Belfort, The Wolf of Wall Street stars Leonardo DiCaprio, along with Jonah Hill, Margot Robbie and Kyle Chandler, as the film tells the story of Jordan Belfort, as he recounts his career as a stockbroker in New York City, his rise to the top, and his fall by getting engaged in rampant corruption and fraud on Wall Street. Wolf of Wallstreet is the director’s fifth collaboration with DiCaprio, and the film knocks it out of the park, thanks to the fantastic storytelling ability of Scorsese, mixed with phenomenal acting from DiCaprio. The film keeps interesting and engaging throughout its 3-hour long runtime and is extremely fast-paced, full of visual information and beautiful cinematography. The film has some of the most memorable dialogues in recent times, and its funny black humour is a joy to watch. 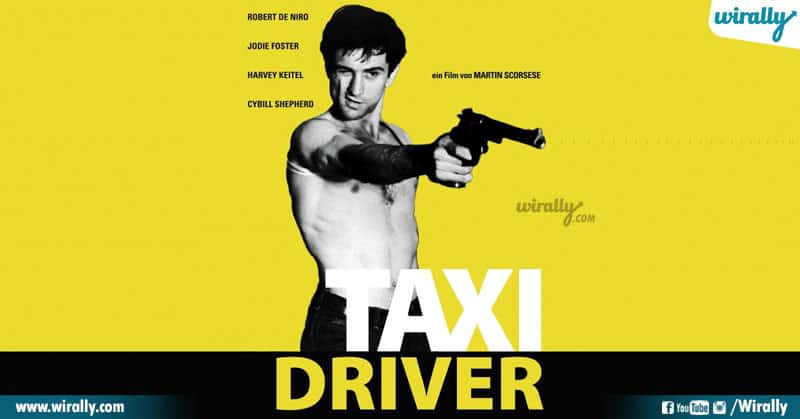 This 1976 neo-noir psychological thriller film directed by Martin Scorsese, stars Robert De Niro, and Jodie Foster, as the story revolves around a lonely taxi driver, who slowly goes insane and plans on assassinating both the presidential candidate and the pimp of an underage prostitute he befriends. Robert De Niro delivers one of his career-best performances in the film, and Taxi Driver is the film that launched his career into superstardom. The supporting cast also does a fantastic job, the film was a big hit when it released and received critical acclaim from both public and the critics. The film was nominated for four Academy Awards, including for Best Picture, Best Actor (for De Niro) and Best Supporting Actress (for Foster). it also won the Palme d’Or at the 1976 Cannes Film Festival. The film is considered a masterpiece and has influenced and inspired many successful filmmakers. 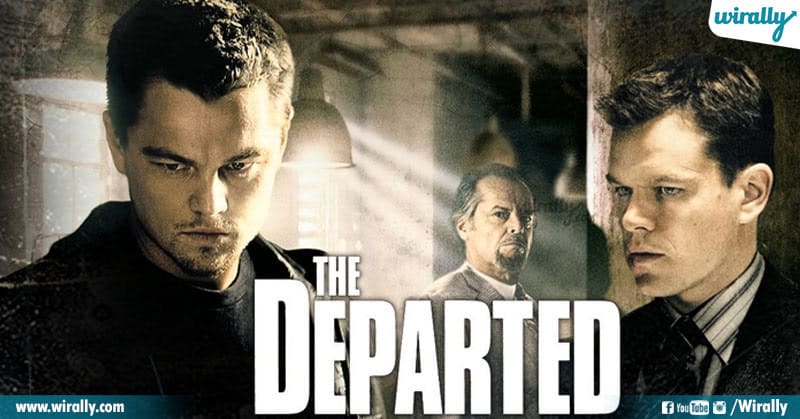 A remake of the 2002 Hong Kong film Infernal Affairs. Departed stars Leonardo DiCaprio, Matt Damon, Jack Nicholson, and Mark Wahlberg in the lead roles, as It tells the story of an undercover agent and a spy and their attempt finding the other’s identity before they get caught. Departed is a thrilling ride from start to finish, and will keep you on the edge of your seat throughout its runtime. All the characters are incredibly well written and layered with great backstories, the screenplay is gripping and the direction is top-notch. The twists are unexpected and occur when you least expect them, the film also has one of the best endings to film ever seen. Like all Martin Scorsese films, Departed is extremely violent and bloody, with a lot of profanity. The film also has a unique style and charisma that separates from other Scorsese films. If you are looking for a thrilling experience, that will leave you scratching your heads, then this film is a must-watch.