India’s top online shopping platform, Flipkart, was founded by Binny Bansal and Sachin Bansal in 2007. It was started in October of the same year with its headquarters residing in Bengaluru. Flipkart is now among one of India’s dominant e-commerce platforms. The online venture had initially begun as an online bookstore but as the firm’s fame escalated, it grew and expanded its activities.

Surprisingly, both Binny and Sachin Bansal hail from Chandigarh. Both of them also graduated in Computer Science and Engineering from the Indian Institute of Technology Delhi. What’s more, in 2006, both Bansals worked at Amazon as senior software engineers. The two had shared a good bonding at IIT itself. They then later joined hands to establish India’s largest e-commerce platform, having learnt about its possible success at Amazon.

In the financial year 2008-09, Flipkart had made sales of about ₹40 million. This soon increased to ₹200 million in the following year. 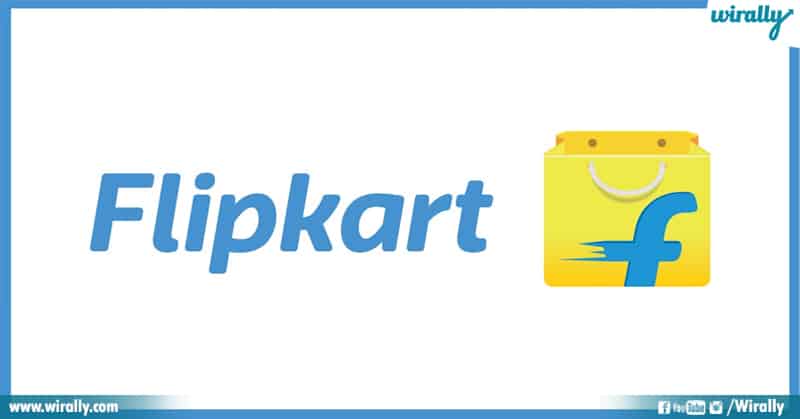 Presently, the company facilitates over 80 million+ products across the range of over 80 categories from mobile phones & accessories, computers, laptops, books and e-books, home appliances, electronic goods, to clothes and accessories, sports and fitness, baby care, games and toys, jewellery, footwear, and so on. Flipkart also introduced a 30-day return policy and expanded its product categories to include Music, Movies, Games, Electronics, and Mobiles. Initially, the duo launched Flipkart with just ₹38,000. They worked from an apartment in Bangalore. They also used to deliver books across the city of Bangalore city their scooters during the initial years.

Things took a financially good turn, when in 2014, Flipkart purchased Myntra for an amount of $400 million. From 2016 onwards, Binny Bansal took over as the CEO with Sachin becoming the Executive Chairman. Presently the company’s CEO is Kalyan Krishnamurthy, a Tiger Global executive. The same year, the platform set off to purchase the fashion website Jabong for $70 million.

In 2017, the company continued its acquisition binge when it purchased the payment website PhonePe as well as the e-commerce corporation eBay. They further continued the acquisition of online electronics with retailer Letsbuy, the launch of Fashion, Perfumes, Watches, Menswear, Toys, Posters, and Baby Care categories, and the debut of two new services – DigiFlip, a private label for electronics, and Flyte MP3, a service for online music sales.

In 2018, Flipkart was acquired by Walmart with a 77% share of the platform now possessed by the US retail giant. Walmart revealed that the investment in the company includes $2 billion of fresh equity funding. They also assured that both companies will keep their distinct brands and operating structures. As of 2019, Flipkart had over 160 million registered users and over a million sellers on its electronic commerce platform. The platform adopts social media platforms like Twitter, YouTube as well as Instagram for promoting their items. 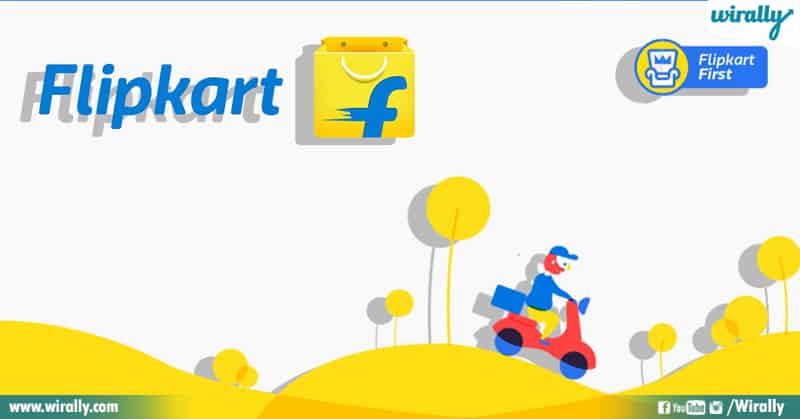 Especially now, during the difficult times of Covid-19, it is unsafe to psychically go to stores and malls for shopping. It is much more convenient and advisable to shop online, which is where e-commerce sites such as Flipkart play a huge role. Back in 2007, when Flipkart was initially launched, online payments were still in the works and a majority of the people were sceptical about using this method.

Flipkart tackled this problem by introducing cash on delivery and payment by card on delivery in addition to others. Flipkart was the first to implement the ‘Cash On Delivery’ facility, which every online shopping website in India offers as an option today. The platform also received a PCI DSS Certification, allowing it to store card details for consumers securely on the platform, and giving users the ‘Saved Cards’ feature when checking out.

What sets Flipkart apart from the others is that it has many unique and attractive features which catches the eye of the customers easily. The platform is known for offering branded products at reasonable prices. Aside from this factor, users are also offered intriguing perks and discounts. “We were not thinking about numbers then, but we knew something big can be built out of e-commerce.”- Binny Bansal and Sachin Bansal, the founders of Flipkart. Today, Flipkart stands as the largest online e-commerce platform in the country with Flipkart and Amazon standing neck to neck.

In order to ensure prompt delivery to its user base, the firm presently contracts over 1 million square feet of space in various areas which include Mumbai, Hyderabad, Bengaluru, Lucknow, Ahmedabad, etc. Interesting fact, the $16 billion acquisition by Walmart, the world’s largest retailer, is the biggest M&A deal ever in the Indian startup ecosystem. A report from Reuters said that the initial public offering (IPO) could see Flipkart’s valuation in the range of $45-50 billion. The platform has witnessed a massive degree of growth and advancement from the time it was started in 2007, prompting the emergence of various startups in the country.

Recently the company has started a hyperlocal 90-minute delivery service termed as Flipkart Quick in Bengaluru across categories including grocery, mobiles, electronics, and home accessories. Through this launch, the firm has ventured into items like fresh fruits and vegetables, as well as meats and milk on its platform. Flipkart presently stands at a valuation of $24.9 billion USD in the year 2020.

This followed the investment from Accel India and Tiger Global among whom, Tiger Global remains a key investor of the company. Flipkart managed to open the doors to an e commerce friendly India and this was only possible because of the founders who had an open mind and a determined will. The platform shows a huge promise of rising consistently in popularity and will be remembered for many upcoming years. Their success story is indeed an inspiration for aspiring Indian entrepreneurs.