It is not a wonder that one of the prominent google searches regarding Bill Gates is his “net worth” and “how did he get rich”. However, his story is the key to understanding his method. It is more about passion and innovation than ways to make money.

Let us take a peek at his story that has inspired millions of startups and individuals all over the world. He was born to a successful couple in 1955 in Seattle. Although his parents wanted him to pursue a career in law as his father himself, William H Gates Sr. was a famous lawyer. However, computer and coding found its way into Gates’s life after his school- Private Lakeside prep School- bought a General Electric computer for the students. The system was procured from a rummage sale. This fascinated Gates, how a perfectly executed code could provide accurate results. His interest in programming in BASIC caught teachers attention that he was often excused from classes to pursue this interest. Gates and his friends were banned from using the Computer Centre Corporation (CCC) owned PDP-10 which was used to build ARPANET. Gates and his friends had tried to use the bugs to increase free computer time. This was a turning point in his life. 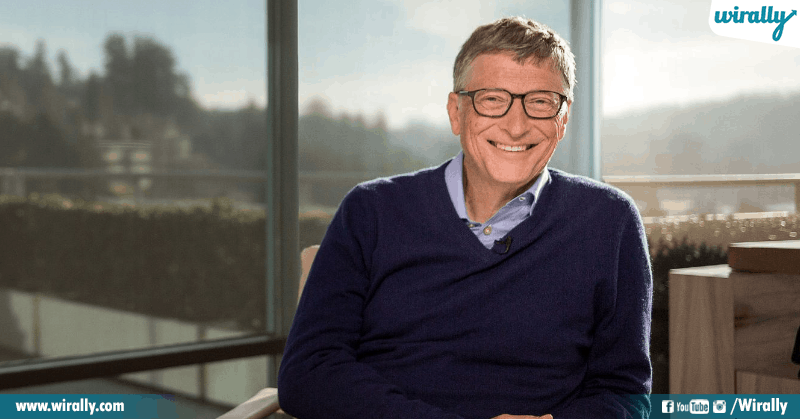 Bill Gates was also highly keen in consuming knowledge since childhood. Coming from a family who encouraged excellence and competition, Bill Gates focused on learning vicariously. He would read Encyclopedia and reference books. He is described as an all rounder, excelling at all subjects from science to arts. He was brought up in a very close knit environment but records state that he used to be close to his mother as she used to take him to her board meetings thus educating him in the same. All four siblings of the household were encouraged to compete with each other at all aspects of life. This spirit played a big role in Bill Gates life and influenced the way he ran Microsoft back in 2000.

After the ban in CCC, the students approached the company to lend them extra screen time in return for finding the bugs in the system. As Gates found himself immersed more and more in this, he went down to the office and accessed the system and codes in person. Here, he gained exposure to other programming languages like Lisp and Machine language. Bill Gates had direct access to the source code that ran the system completely. However, the company had to shut down in 1970 and this arrangement was in jeopardy.

Later, his school took an initiative to help Gates and his friend, Kent Evans. They were enlisted from school to computerize the class- schedule. Gates and Evans immersed themselves in this project that granted them extensive time. However, then a tragedy befell Gates. Kent Evans, his best friend and his partner passed away in a climbing accident. This left gates devastated. However, he still managed to complete the program with his other friend, Paul Allen. Bill Gates and Paul Allen together completed the project before his senior year. Bill Gates scored a 1590 out of 1600 in his SAT’s.

He joined Harvard to pursue his career in law but dropped out soon to work on mMicrosoft with Paul Allen as his business partner. Even before that, at the age of 15, Allen and Gates developed ‘Traf-o-data’. This computer program analysed traffic patterns in the city and received 20,000$ for their work. They went to different colleges but shared a hope of starting business together.
Another interesting story of their life is when they went to enquire about Altair computers to Micro Instrumentation and Telemetry Systems(MITS). They were asked to provide a demonstration when in reality they did not have a software program. For the next two months they developed a software in BASIC to run Altair.

After the success of this software, Gates dropped out of Harvard to join Allen. Together, they founded Microsoft. From the start of Microsoft, Gates has made it clear that he is against piracy and open source software. He discouraged open sharing as this would prevent the industry from flourishing and having quality programs and there is no benefit out of it. Soon Microsoft started writing software in different languages for various companies. The company had 25 employees working out of Washington. At the age of 23, Gates was the head of the company.

The transformation began when IBM approached Microsoft to develop a program for their PC in November 1980. Young Gates was quick to impress IBM with his ideas and spirit. He did not possess an operating system fit enough to develop into the product promised. Gates further negotiated with a software developer who developed an Operating system similar to IBM’s PC. He adapted this operating system further to suit all needs of IBM’s PC. He charged 50,000$, the same amount he charged from the software developer earlier. Thus, the first MS-DOS was formed. It was Gates’ insistence to get the software licensed with a fee. This left the company to have the privilege of owning the software and selling it to other manufacturers if needed. The next few years brought an explosion in the company’s growth. After incorporating Microsoft in 1981, they went global in offices in Japan and Britain.

One feature consistent with Bill Gates’s personality and his way of approaching business is that he would never back down from a challenge. He used to make sure that the product is delivered with exceptional quality even if the product was considered a near impossible target. In his meeting with MITS or be it the revolutionary announcement of launching Windows, a graphic interface which would be compatible with all software products developed in MS-DOS. Although in reality, they did not even reach the development stage. At this time, 30% of the market was using MS-DOS and they all waited until the first Windows launched after two years of announcement. This also created a fervent anticipation among the consumers. This turned out to be an excellent marketing strategy.

Along with his acumen skills what set Bill Gates apart was his interest in product development. He was highly involved with the product at all stages. It is noteworthy that he took active responsibilities in all aspects of software development. At the age of 31, he became the youngest billionaire and for 13 years, he was the richest man in the world. An exceptional figure who revolutionized tech-entrepreneurship.

The commitment Gates had towards the company and its success was remarkable, He was seen spending days continuously in his office innovating. His years of work was driven by his aggressive spirit of competition and to par all excellence. The employees all went through his rigor and found it extremely difficult to cope with it. Gates kept innovating and pushing Microsoft Windows into different arenas of operations. Finally developing Microsoft Office which contained all office related applications like Excel,Word etc. Gates made sure that his public image was very approachable in contrast to the allegations that he was an aggressive competitor. His appearance as Mr Spock at shows is an evidence of this strategy.

The Bill-Melinda Gates foundation is a prime example of how you can give back to the society. After heading Microsoft into excellence in various positions, he stepped down from the role of chairman to Technology Advisor. He and his Wife, Melinda Gates together picked up the path of social commitment and service. His philanthropic ventures are highly commendable and noble. Most of the foundation’s work is concentrated in the education sector. He was also celebrated for his decision in granting paid leave for the employees after child adoption or birth. Even today, his contribution to funding vaccine companies for novel coronavirus is applauded all over.

The tireless drive for excellence and continuous learning is the key to Bill Gates success. From his childhood to this day, this has been his inspirational pattern. His laurels, achievements and awards are testimony to this pattern. The ‘Giving Pledge’ is an initiative where he has pledged half of his wealth to philanthropic activities gradually. His efforts with his wife, to emulate philanthropic efforts, calls out to all privileged people out there to take action whereas his achievements in the business and innovation area gives hope to millions to be successful.

Here are some of the documentaries made on Bill Gates for you to get inspired; Triumph of the nerds, 1996
The virtual revolution, 2010
Inside Bill’s Brain; Decoding Bill Gates, 2019